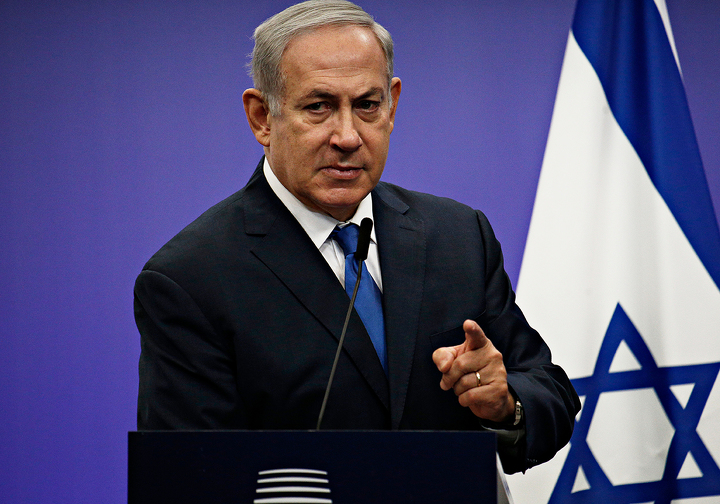 A National Emergency Government Is Formed in Israel

After more than five hundred days of political crisis, Netanyahu’s new government, including right- and left-wing as well as religious and secular parties, has been successfully formed. In order to settle the coalition pact, the old-new prime minister had to make unprecedented concessions to his rival Benny Gantz, and the Knesset had to adopt a novel political–legal framework. From now on, the two most crucial tasks of the political leadership among its five strategic priorities are to lead the country out of the coronavirus pandemic and to fulfil Trump’s version of the Israeli–Palestinian peace plan.

After long months of difficult electoral competition, political fights, and three elections, a „national emergency unity government” was successfully formed in Israel. The latest, 2 March 2020 elections ended in former army chief Benny Gantz’s receiving the right to form a government. Because of political machinations, there was a substantial chance that he would not obtain the necessary majority vote in order to form a government and an unprecedented fourth election would be unavoidable. Gantz made an unexpected move and came to an agreement with his arch-rival Benjamin Netanyahu, the current prime minister, consequently ripping apart the Blue and White electoral alliance in the process. The agreement between the rivals could only be realised by adopting difficult changes in the governmental system. Even at the last moments, before the formation of the government on 17 May, there were voices expecting that Netanyahu would break the pact. However, the difficult economic situation and pressure from the public forced the former opponents to put aside their differences and agree to jointly govern as an emergency unity government on a rotational basis. According to the arrangement, Netanyahu will continue his premiership in the coming eighteen months; meanwhile, Benny Gantz will serve as his deputy (a newly created position) and minister of defence. After one and a half years, in November 2021, Gantz will become prime minister, and Netanyahu will instead become his deputy. The pact includes a number of guarantees which aim to block any attempt by the two leaders to outmanoeuvre each other, especially by making it more difficult for Netanyahu and Gantz to go for snap elections after the end of the coronavirus crisis. Anyhow, Israeli citizens got what their majority had wished for: a national unity government—even if in an unexpected form and composition. The governing coalition has 73 mandates from the Knesset’s 120 seats, the religious right-wing bloc led by Netanyahu has 54, while Gantz’s centrist-leftist side has 19. Regardless of the overwhelming majority the Netanyahu-led side has, ministerial positions (an unprecedented 34 places) were divided equally between the blocs to many leading Likud politicians’ chagrin, showing what a tough negotiator Gantz is. The opposition, therefore, consists of Yamina (to the right of Likud), the centrist–right-wing Yisrael Beiteinu, the remaining half of Blue and White (renamed Yesh Atid-Telem) that did not back Netanyahu, the leftist Meretz, and the United List championing the cause of the Arab Israelis. As such, not only the government but also the opposition is in a position to claim to represent national unity. The head of Yesh Atid-Telem, the strongest parliamentary group outside the government, Yair Lapid, who is also the head of the opposition, declared that he would align opposition parties in order to keep the government on the right, moderate way even during the crisis. Therefore, we can expect difficult and complex political manoeuvres and fights among the opposition and the government parties, and also between the two governing forces, in the coming months. It is not unimaginable that, after the easing of the coronavirus crisis, we may expect novel domestic political circumstances or even a new crisis, but, for now, the trajectory is set for the national unity government. The new government will indeed face serious challenges even without domestic political battles. The governing parties defined five strategic priorities. The first is to tackle the coronavirus pandemic, the second is to restart the economy, the third is to fight against the Iranian threat, the fourth is to carry on the diplomatic struggle against the International Criminal Court’s proceeding (whether “Palestine” is a state which may apply to the ICC), and the fifth is to fulfil the Israeli part of Donald Trump’s peace plan. Naturally, the last goal catalysed the strongest international reaction. The Jewish state planned to lift strict restrictions connected to the coronavirus pandemic at the end of May and utilise an economic stimulus plan to reinvigorate the country, where the rate of unemployment passed 27%. The Israeli GDP will contract by 5.5% this year, but an outstanding growth is predicted for the next one. Favourable and stable growth is aided by the low foreign debt rate, which helps to absorb the economic shock caused by the crisis.

On the foreign policy front, the most important factors for regional stability are the ongoing Iranian–Israeli proxy war and the issue of the Israeli–Palestinian peace process. The outgoing Israeli minister of defence declared that Iran is withdrawing some of its forces from Syria, which means that the Israeli strategy of the “war between wars” is successful. In this framework, the Israeli air force conducts regular strikes against Iranian Hezbollah and other Iran-allied forces with an increasing frequency. These persistent military missions block large-scale force and weapon concentration efforts on the enemy’s side, but they do not suck in Israel as a fully deployed belligerent into the Syrian conflict (unlike Turkey, Iran, and Russia). The Jewish state’s goal is to push out the forces loyal to Tehran from Syria or, at least, force them as far as possible from the Golan Heights and to pre-empt the employment of ballistic rockets against Israel. The Israeli–Iranian conflict is getting more apparent in the cyberspace, as well. According to The Washington Post, one of the busiest Iranian ports were blocked by Israeli military hackers on 9 May. The attack against the Shahid Rajaee Port, located in a strategic transit way, in the Strait of Hormuz, was retribution for a previous Iranian hacking attempt against the Israeli water supply infrastructure. Israel, like all Middle Eastern countries, considers supplying the population with fresh water in the largely desert-covered country of primary importance. By letting the detailed news of the attack against the Iranian port slip into the media, the Israelis wanted to demonstrate that there was no point in picking a fight with them in cyberspace as their capabilities vastly exceeded that of the Persian state. Anyway, the fighting between Israel and Iran will continue, and the new government in Jerusalem will keep putting severe military pressure on its enemies.

The other process influencing the Middle Eastern balance of power is the issue of the Trump peace plan. Netanyahu announced during his government’s formation that he intended to hand in a law as stipulated in the coalition agreement after 1 July, which would lead into the annexation of a third of the West Bank. The Trump Plan entitled Peace to Prosperity provides the framework for the ongoing work conducted by American and Israeli military cartographers on the delineation of the future borders between Israel and Palestine and define the territories Israel could incorporate under the plan. This zone, currently administered by the Israeli military, mainly includes territories inhabited by Jews and the Jordan River Valley. The latter has enormous importance to the Jewish state, as it provides a defensible border in the East, while Jewish settlements in the West Bank (in Israeli terminology Judea and Samaria) are vital not only because of their inhabitants but also because of the strategic heights and connectivity they provide for defence mobilisation in case of a war. The independent Palestinian state would be formed in the remaining territories and Gaza, and, at the same time, it would receive financial and territorial compensation according to the Trump Plan. Even though the Palestinian side rejects the conditions of the initiative, the new Israeli government seems to aim at concluding its part, as incoming foreign minister Gabi Ashkenazi announced. Ashkenazi explained that the plan’s completion would be done in a “responsible way and in coordination with the international community.” Even as such, the will to implement implicitly means that Jerusalem aims to annex the West Bank territories before the US Presidential Elections and utilise the window of opportunity provided by the upcoming few months. Ma’ale Adumim, the Judean city located east to Jerusalem, which would legally become part of Israel after the annexation

Apart from the United States, the international community reacted negatively to the unilateral Israeli declaration of intent. Mostly, the states of the Arab League and the European Union’s leaders hinted at steps against the Jewish state if it would legally annex the one-third of the territories which were taken over from Jordan in 1967 and are currently under its military administration. The most sensitive question raised by the Arab states is whether Egypt and Jordan would renounce their peace treaty with Israel as retribution for the annexation of the land they consider Palestinian. For now, both neighbouring countries refrained from making such a radical threat, but the Israelis are currently debating the chance of such an outcome quite seriously.

The Arab states were surpassed in harsh rhetoric by many EU leaders, who called the annexation a breach of international law and outlined harsh countermeasures. Some European analysts, however, doubt whether it will be possible to adopt sanctions against Israel, since many countries, among them the Central European ones, including Hungary, aim to have friendly relations with Israel and can veto a strong countermeasure. Budapest and Vienna called for dialogue with the new Israeli government instead of employing pre-emptive condemnations against an administration which was only sworn in a few days ago. Considering the strategic priority given to the absorption of the territories outlined in the Trump Peace Plan, the new Israeli government will do everything in its power to remove any obstacles to realising the annexation. Its goal is to finalise its borders based on which it has already established its military, societal, and economic structures, receiving as limited countermeasures as possible. In the upcoming weeks and months, parallel to restarting Israeli economy, we must monitor the country’s foreign and security policy steps, which may lead to a new Middle Eastern order. After 1 July, we will see more clearly whether the Israeli leadership will muster the will to annex territories in the West Bank, moving away from the quagmire which has lasted for many years in the Israeli–Palestinian peace process.