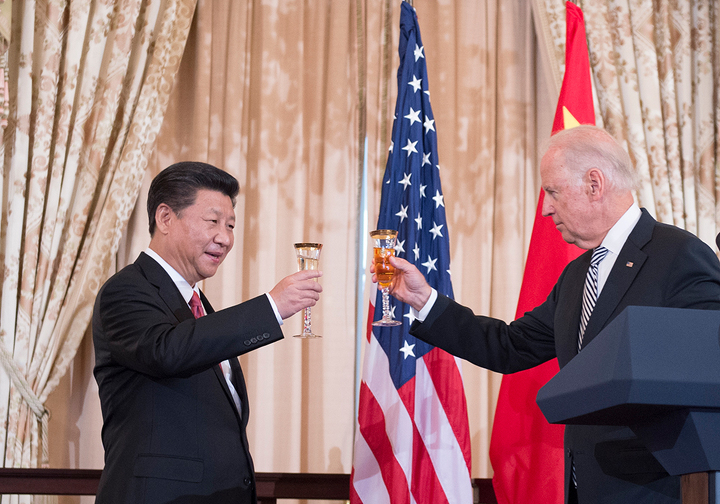 About That Biden Ad on China

A new video by the Joe Biden campaign, attacking Trump for his handling of China with regard to the coronavirus pandemic, has caused some stir among Democrats. Our new blog post sheds light on the underlying aspects of the controversy and what it tells us to expect from Trump’s opponents in the coming campaign season.

On 18 April, presumptive Democratic presidential nominee Joe Biden premiered a new campaign ad. It is focussed on the Trump administration’s actions in combating the coronavirus outbreak vis-à-vis China, and it is predictably critical of the President. It essentially positions Biden as a tough and capable manager of such crises, in contrast with Trump, who the ad alleges has left the country “unprotected and unprepared for the worst public health and economic crisis in our lifetime” by being too soft on the Chinese government. All par for the course in political advertising, then: simplistic, inelegant, to-the-point. However, the ad has immediately generated backlash from notable sections of Democratic politics, as well, getting labelled as dangerously racist and xenophobic. Below is a look at the numerous dynamics at play in the controversy.

Donald Trump left our country unprepared and unprotected for the worst public health and economic crisis in our lifetime — and now we're paying the price. pic.twitter.com/aCxcqQqUqw

Why does the ad exist in the first place?

Criticism of Donald Trump for his inadequate response to the coronavirus threat has been plentiful and warranted, making this a valid and potentially effective line of attack in an election. And with the administration trying to shift the blame for its missteps in managing the crisis to other actors, and Democrats trying to exploit said missteps for maximum political gain, the People’s Republic—home to the virus and a government that bears considerable responsibility for its spread—was bound to become a hot topic. Indeed, the ad also helps counter the existing narrative pushed by the Trump campaign that Biden has been soft in his dealings with the Chinese government, with the point being hammered home in traditional advertising and presidential tweeting.

Is the ad problematic?

What really complicates matters is that ad came against the backdrop of a surge in racially motivated incidents involving Asian Americans. These range from active verbal and, in a few cases, physical violence and vandalism to shunning and discrimination in the workplace and elsewhere. This has prompted observers to warn that the ad has the potential to exacerbate the problem by failing to draw a clear enough distinction between the government and the people of China, in the same way that the President’s insistence on calling COVID-19 “the Chinese virus” may have contributed to the rise in anti-Asian sentiments. Of course, even if criticism of a President for their accommodating treatment of an in many ways hostile regime during a time when extraordinary precaution would have been necessary is justified, it is arguably impossible to articulate in a way that does not risk validating people’s racist and/or xenophobic prejudices. Still, the ad could certainly do more to blunt such potential effects: it consistently uses “China” and “the Chinese” as a metonym for that country’s government. This usage may be common even in professional settings, but the ad does not go out of its way to offer clarity and project calm in a time of confusion and upheaval. And it is likely no accident. 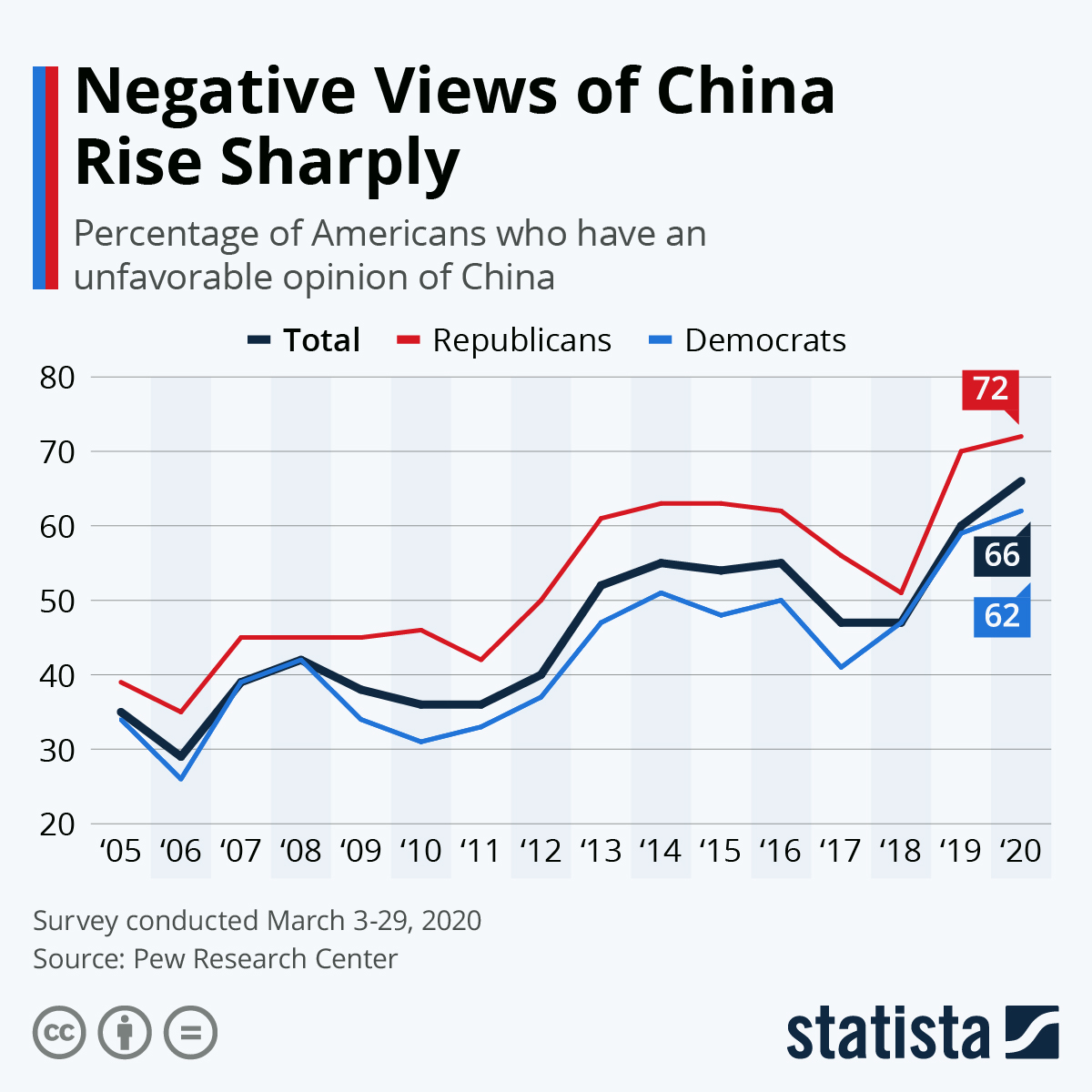 Is the ad effective?

The other important backdrop that needs to be understood in relation to the ad is anti-Chinese sentiments among the general electorate and white anti-foreign anxieties in certain key battleground states. The US has already seen a notable downward shift in the perception of the country, which is currently as negative as it has ever been since Pew Research began tracking the issue: 66% of Americans think of China unfavourably, and only 26% see it in a positive light overall, with Democrats and Republicans remarkably close on the issue (72% and 62% having negative views, respectively). China is thus an easy target for showing off one’s credentials as a foreign policy hawk. But, perhaps even more importantly, the ad holds the potential to be especially persuasive in the three Rust Belt states that flipped from Democrat to Republican in 2016 and swung the election to Trump. Wisconsin, Michigan, and Pennsylvania are all overwhelmingly white (the most diverse among them, Michigan, is still 75–per cent non-Hispanic white), and, four years ago, enough people there proved to be receptive to Trump’s racially charged anti-immigration rhetoric to give him a narrow win. Since then, however, there have been signs that support for Trump among former Democratic voters is dropping (from 85% to 66% in three years), and it is easy to imagine the Biden campaign fine-tuning its foreign policy messaging to hit at least close to the same notes that played so well with these constituents the last time.

All in all, the nearly two-minute video is a well-crafted piece of political advertising, building on the refutation of the Republican narrative to throw it right back at Trump, while leaving room for xenophobic and anti-Chinese alarmist readings but maintaining some plausible deniability. But, in taking half a page out of the Trump playbook, it has revealed rifts in Biden’s nascent coalition, in turn illuminating just how much more united Republicans have been even when faced with considerably more problematic messaging. How much criticism from the left the Biden camp will risk will be interesting to watch—in a recent statement, the campaign stood by the ad, indicating that, at this point, it is more worried about convincing voters that the party lost in 2016 to return to the fold (or at least remain home on election day) than about progressive purity tests.