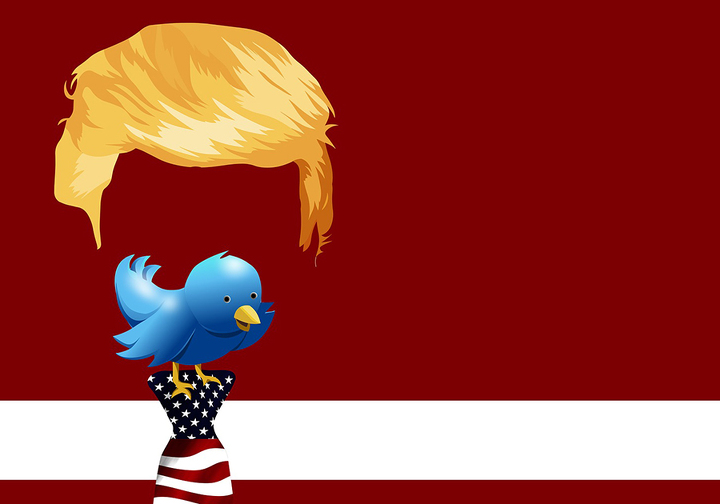 With a new Executive Order, Trump is escalating his feud with social media. But what does this have to do with the TV show Mad Men?

Few things seem to capture Donald Trump’s attention as much as the media. Consequently, there are few fields in which the President has displayed as much savvy, both natural and obtained. Most recently, we were reminded of this when he chose to take his grievances with Twitter (and social media in general) to a new level, signing an Executive Order in an attempt to roll back a piece of legislation that protects online platforms from liability for user-published content. Experts have concluded that there is hardly any chance that any substantial policy-level change will come of the move, with only Congress having the power to change the law in question and courts having continually upheld it in the face of challenges—which the President and his advisors should be well aware of. Why bother, then?

In short, the President has little to lose with the move. Less importantly, it may satisfy his desire to get back at social media platforms that he has long derided as biased against conservatives (most recently in the wake of Twitter’s decision to fact-check one of his tweets), an assessment that many conservatives share. More importantly, it fits a pattern that has included controversies such as Birtherism, Benghazi, and, lately, Obamagate, whereby a fringe idea serving a partisan political purpose is thrust into the mainstream by a powerful actor, forcing those media outlets that make an effort to appear objective and balanced to dedicate airtime/written real estate to it (this is commonly referred to as “the view from nowhere”). The likes of CNN, CNBC, the New York Times, The Washington Post, etc. simply cannot afford to ignore what the President says, especially when he says it in an Executive Order.

There is NO WAY (ZERO!) that Mail-In Ballots will be anything less than substantially fraudulent. Mail boxes will be robbed, ballots will be forged & even illegally printed out & fraudulently signed. The Governor of California is sending Ballots to millions of people, anyone.....

Considering the political polarisation of the United States, the math is simple. The President’s Republican support is rock-solid, his base having emerged from the impeachment saga remarkably unified. He might be historically unpopular, his disapproval ratings consistently hovering in the low-to-mid-50s, but that consistency also means that most people seem to have made up their mind about him. Indeed, with this Executive Order, Trump is trying to make the conversation less directly about himself, and more about the social media platforms in question (and perhaps even more about the institution of fact-checking itself). And he has reason to believe that these are more convenient goalposts for the game he is playing.

Most Americans appear to agree that social media platform operators engage in political censorship. This is true regardless of party affiliation, with 85% of Republicans and 62% of Democrats holding this view. There might be disagreement over the nature of censorship, as Republicans famously believe that social media platforms are tilted against them (64% say this), but there is also a non-negligible (28%) section of Democrats who are of the same opinion. Fact-checking fares no better, with 70% of Republicans, 29% of Democrats, and 47% of independents believing it to be mostly biased regardless of the type of media.

This means there is considerable distrust toward one of the main filters through which voters obtain information by and about the President. As legally ineffective as the Executive Order is likely to be, it could kick off a series of public debates that might not necessarily make people develop a new-found affection for Trump directly, but—there being more openness to such ideas—might reinforce existing negative narratives about platform operators and fact-checkers that sometimes push back against the President’s messages, thereby blunting the perceived seriousness and credibility of these pushbacks. This would not be unlike the Biden-related controversy at the heart of Trump’s impeachment, which polling shows to have resulted in 15% of democratic voters saying that the narrative has made them less likely to vote for the former Vice President. Even with 13% saying it has made them more likely to vote for him, this is a net loss for Trump’s opponent—and thus a win for the President.

“If you don’t like what’s being said, change the conversation,” Don Draper famously said in the third season of Mad Men. With his Executive Order, another Donald is apparently hoping to move the conversation away from, among other things, whether his recent statements, most notably on Twitter, regarding mail-in voting fraud were misleading (they were) toward what would essentially be a trial on social media platforms’ political bias. Expect little in the way of policy shifts, but lots of sidetracking into discussions of Twitter and Facebook censorship—that is, if and when the coronavirus death toll and the protests in the wake of the killing of George Floyd yield centre stage.