Irish Political Earthquake: Why Should We Care about the Last Election in Ireland? 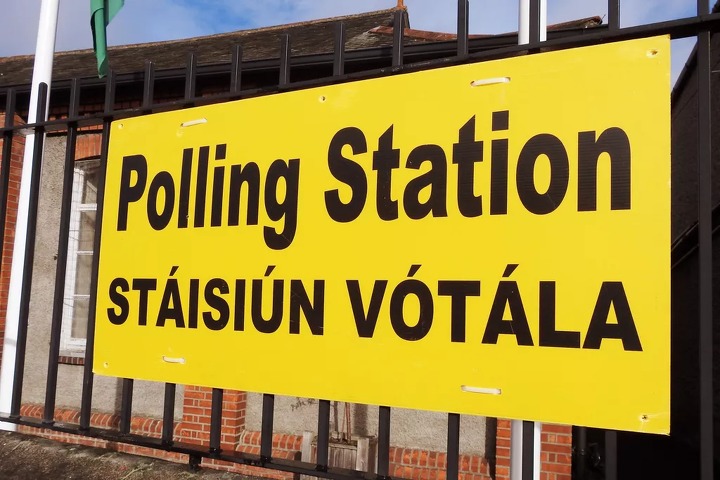 For the first time in almost a century, the aggregate votes of Fine Gael and Fianna Fáil, the two centre-right parties which have dominated the Irish political landscape since the foundation of the state, did not secure a majority, and the incredible surge of the left-wing nationalist Sinn Féin may have consigned their duopolistic system to the past. It seems that Brexit did not matter for the electoral result, since voters cast their vote discussing more “important” issues. However, Sinn Féin’s success cannot be explained without taking into account the dynamics set in motion by Brexit.

On 8 February, Irishmen and Irishwomen went to vote to renew the Dáil, the Lower House of the Oireachtas, the Irish Parliament. It was the first time since 1918 that the election to appoint the 160 members, known as Teachta Dála (TD), had been held on a weekend. This decision came after that Taoiseach Leo Varadkar, in a Theresa May–like move, had called for an early vote, seeing in it an opportunity to strengthen his party, Fine Gael (FG), and put an end to the fragile minority government formed with the support of the other centrist party, Fianna Fáil (FF).

For the first time in almost a century, the aggregate votes of the two centre-right parties, which—alternating uninterruptedly in the government—had dominated the Irish political landscape since the foundation of the state, did not obtain a majority, and the incredible surge of the left-wing nationalist Sinn Féin (SF) may have consigned their duopolistic system to the past. After the vote counting, the party led by Mary Lou McDonald turned out to win the highest per cent of first preference votes (24.5%, ahead of FF’s 22.2% and FG’s 20.9%) and has secured 37 seats. In Ireland, TDs are elected in 39 constituencies with a proportional system with single transferable vote. However, all the parties fall short of the 80 seats necessary to form a government, so the focus now shifted to the mathematics of coalition-building. The three strongest parties of the last election

The creation of a new government is expected to be very complicated, since both FF’s leader Micheál Martin and Leo Varadkar announced that they would not share power with SF in a coalition. The reason is twofold. In fact, on the one hand, the two centrist parties have a moral issue concerning a coalition with SF, since the left-wing party represented the political voice of the IRA during the atrocities of the “Troubles.” Although McDonald does not have and IRA background, the party has only partially dealt with the legacy of its past. Varadkar and Martin even believe Sinn Féin’s representatives are not in control of the party, and decisions are being made by figures connected to the IRA. The other reason is economic, as, in this regard, the compatibilities with Sinn Féin are even fewer. In fact, FF and FG are pro-austerity, pro-business, and “fiscally responsible,” while Sinn Féin has more anti-corporation, spending-oriented, and pro-welfare policies. McDonald’s first choice is to exclude the “big two” and form a government with all the leftist forces, including the Green Party, the other big winner of the election. If no majority can be found to support the nomination of a prime minister in the following days, Ireland may face another election. But how to read this “earthquake” in voting pattern, which affected the relatively stable island of Ireland? Did we also see a Brexit effect in Britain’s nearest neighbour? The answer is obviously yes—and also no.

Taoiseach Leo Varadkar hoped that framing the election around his party’s incisive management of Brexit could persuade voters to lend their support to Fine Gael. However, Irish voters were not really interested in Brexit, and, as the polls showed, the UK’s leaving the EU was the main issue for just 1% of them. In this way, the appreciation Varadkar earned in Brussels for his capacity to respond to Brexit, and, at home, for his efforts to appear more modern and progressive than his predecessors—during his leadership, for example, he successfully campaigned to legalise same-sex marriages and abortion—did nothing to stop the discontent over his government’s failure in managing issues much closer to voters, such as austerity, housing costs, homelessness, and health care. It is true that Ireland is the fastest-growing country in the EU, and it is undergoing a spectacular economic boom after the disastrous 2008 economic crisis, but this growth has mostly been obtained at the cost of social spending cuts. On top of that, the country saw an unprecedented boom in real estate prices, which made Dublin the city with the highest cost of living in the Eurozone. This situation forced many young people to go back home and fostered a troublesome increase in homelessness across the whole country. As for health care, the picture is not better: hospitals in Ireland are overcrowded and lack beds, while the most vulnerable patients and frontline workers are constantly exposed to many risks. It is easy to understand that part of Sinn Fein’s success came from convincing voters—by proposing an ambitious public housing building programme, universal health care, tax cuts for lower earners, and increased levies for multinationals and big businesses—that merely a left-wing solution could bring real change. But SF also presented a lot more ambitious plan in its programme: a referendum on reunification. As McDonald said during the campaign, “Irish Unity is the best idea for the future of the country,” and she also added, “Let’s have an All-Ireland Forum on Unity to plan for all aspects of reunification, including a referendum by 2025.” The nationalist party’s leadership, once strongly anti-EU, recognised that, today, unity has its momentum and is not only a nationalist fantasy and that a referendum on the issue could be only a matter of time. It is inevitable that, even in opposition, Sinn Féin will be a formidable force pressing its case in favour of a border poll. Fine Gael and Fianna Fáil have a more cautious approach to this question, even though unity is also their long-term aspiration. According to a recent The Times poll, four out of five Irish are in favour of reunification, a number that has kept growing steadily since the Brexit referendum in 2016.

And it is here where Brexit comes into play. The UK’s exit from the EU might have been a marginal issue for Irish voters, but the effect of Brexit in shifting the political dynamics and allegiances in Ireland resulted decisive for the SF’s success. In fact, Brexit reawakened a sense of Irish nationalism, particularly in areas close to the border, and Sinn Féin’s surge in the north and south—just consider the performances of the nationalist party in Northern Ireland in the last Assembly election, European election, and UK general election—is directly related to the uncertainties on the compromise over the region’s constitutional status that had largely held since the 1998 Good Friday Agreement and will be more looming once the UK leaves the EU. Moreover, Sinn Féin might have found a very powerful ally in London who could pave the way for an imminent reunification. His name is Boris Johnson. Obviously, BoJo is not an Irish nationalist, and, with all the probabilities, he will never authorise a border poll during his premiership even with all the preconditions—just as he will never open the same front in Scotland. However, his ability to negotiate a Brexit deal could influence the constitutional layout of the United Kingdom in the future. In fact, if the Prime Minister were to close the 11-month negotiations with the EU without a deal, the protocol in the UK–EU withdrawal agreement would be activated. Under this protocol, the border between Ireland and Northern Ireland will remain invisible, just as it is now, but a new border will appear in the Irish Sea—with tariffs and regulatory divergences. Under these circumstances, Northern Ireland will be a separate entity from the rest of the UK and, in trading and economic terms, subject to decisions taken in Brussels—but without any chance to influence them. On these terms, it is understandable that Northern Ireland might be better off reuniting with Ireland and rejoining the EU. However, it must not be forgotten that, even though a pro-unity government is established in Ireland, Dublin cannot unilaterally ask for a border poll, because it is the UK Secretary of State for Northern Ireland who makes that decision. Still, for the unification to take effect, a referendum would have to pass in both Northern Ireland and Ireland, so very much depends on how the next Irish executive can show itself conciliatory with unionists in the North and tackle their concerns about what their future would look like inside a united Ireland.