Israeli Elections 2019: A Unity Government or a Lasting Political Crisis? 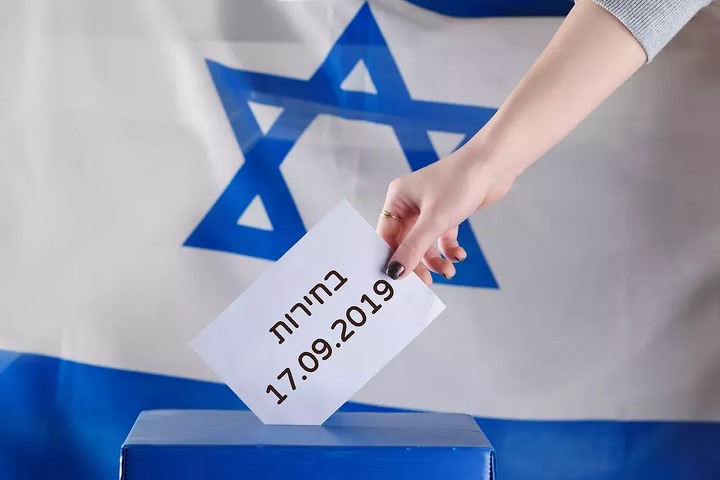 The parliamentary elections in Israel on 17 September—which were the second this year—once again resulted in a political deadlock. The solution currently appears to be a unity government—or, if the different sides cannot come to an agreement, a third election. In case the second option prevails, it will reveal that the Israeli political arena is undergoing a deep crisis.

The Jewish New Year, which is a time for reflection and planning the future in the religious community, was this year held on 29–30 September. However, the Israeli political elite had to use the New Year to contemplate an unusually high number of issues this year, as the elections on 17 September resulted in a deadlock, just like the ones in April. The Likud, led by Prime Minister Benjamin Netanyahu, got thirty-two mandates, while its main challenger, the Blue and White list headed by Benny Gantz, achieved thirty-three seats. After the elections, it is President Reuven Rivlin’s obligation to meet the heads of all factions in the new parliament and give the mandate to form a government to the person that gathers the most Knesset members backing him or her.

The negotiations—presenting only a few but rather interesting surprises—ended with Netanyahu’s having fifty-five backers. As the Knesset has one hundred and twenty places, this is six mandates short of the necessary minimum to form a government. However, Gantz gathered even less, only fifty-four recommendations. Eleven Knesset members did not support any of the candidates in becoming nominees for prime minister. Eight mandates were withheld by Avigdor Liberman’s hardliner party, which claimed that it would only support a unity government between the two largest Zionist parties. The other three abstentions were from the members of the Arab party, “Balad.” This group did unusually withdraw its support from Gantz after he had been recommended by the wider umbrella faction Balad belongs to, the United List, which is championing the Arabic citizens’ cause. This faction, which, with its thirteen mandates combined, came third in the elections, made history, as Arab parties had only once recommended a prime minister for Israel, when Yichak Rabin was elected. Due to the three “renegades,” the President gave Netanyahu mandate to form a government, and justly so, as, in that case, what counts is the number of supporters and not the seats gained. The Balad’s move has led to a number of theories about whether Gantz’s team could convince the party’s members to withdraw and secure that Netanyahu would be doomed to failure trying to form a governing coalition in the first round. 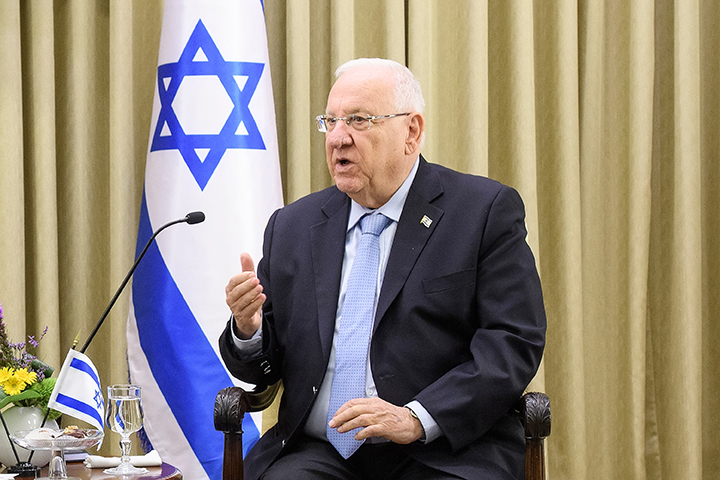 The vote of President Reuven Rivlin counts as much as any Israeli citizens’, but, after the elections, his role has become of key importance.

And come his failure must, as negotiations are expected to be like the case of an immovable object and an unstoppable force. Netanyahu will negotiate as the “anointed leader” of the fifty-five-strong rightist–religious bloc and does not want to forfeit the prime ministerial position. Gantz and the kingmaker Liberman, on the other hand, do not want to serve under Netanyahu nor govern with the extremist and religious parties, as they think that these parties strayed away from the correct ideological path of Zionism. The challengers’ plan is to create a three-party unity government with Likud, Blue and White, and Liberman’s Yisrael Beiteinu and achieve a nationalist-secular political revolution. Their seventy-three mandates combined—or even seventy-nine, which would only be one mandate short of the two-thirds majority if the leftist–Zionist Labour Party joined—would be more than sufficient to follow this design.

Initial negotiations quickly crashed due to disagreements, and, now, the two largest parties blame each other for the failure. On New Year’s Day, it even appeared that Netanyahu would hand back his mandate to form a government to the president, saving himself a long political struggle. However, characteristically to the spirited Israeli political life, a new statement on Sunday afternoon suggested that another meeting would take place between Netanyahu and Gantz on the first Wednesday after the holiday. The veteran Israeli politician, therefore, only wanted to raise the stakes by threatening to give back his mandate. As Liberman aptly pointed out in the political drama in order to calm down the actors, the Likud and Blue and White does not have any significant ideological disagreements, both being nationalist, secular, and democratic forces; therefore, they must be capable of forming a unity government.

Paradoxically, all sides are right from their own point of view in the current state of the deadlock, and this is why a solution is not easy to achieve. Netanyahu is right to claim the prime minister’s post, since he has fifty-five Knesset members standing behind him, and he could make a grand gesture by offering Blue and White, which has only thirty-three seats, an equal number of ministerial positions that his party will have. Actually, achieving premiership would also give him immunity from prosecution in an eventual criminal proceeding connected to his corruption cases, a different story running parallel to the political struggle. Gantz, however, earlier said that he would not sit with a prime minister facing or being under indictment (meaning Netanyahu), so, if he wants to uphold his campaign promise, he cannot accept even this favourable offer. One of them eventually has to step back from his previous position if they do not want to lead the country into a third parliamentary election within one year. 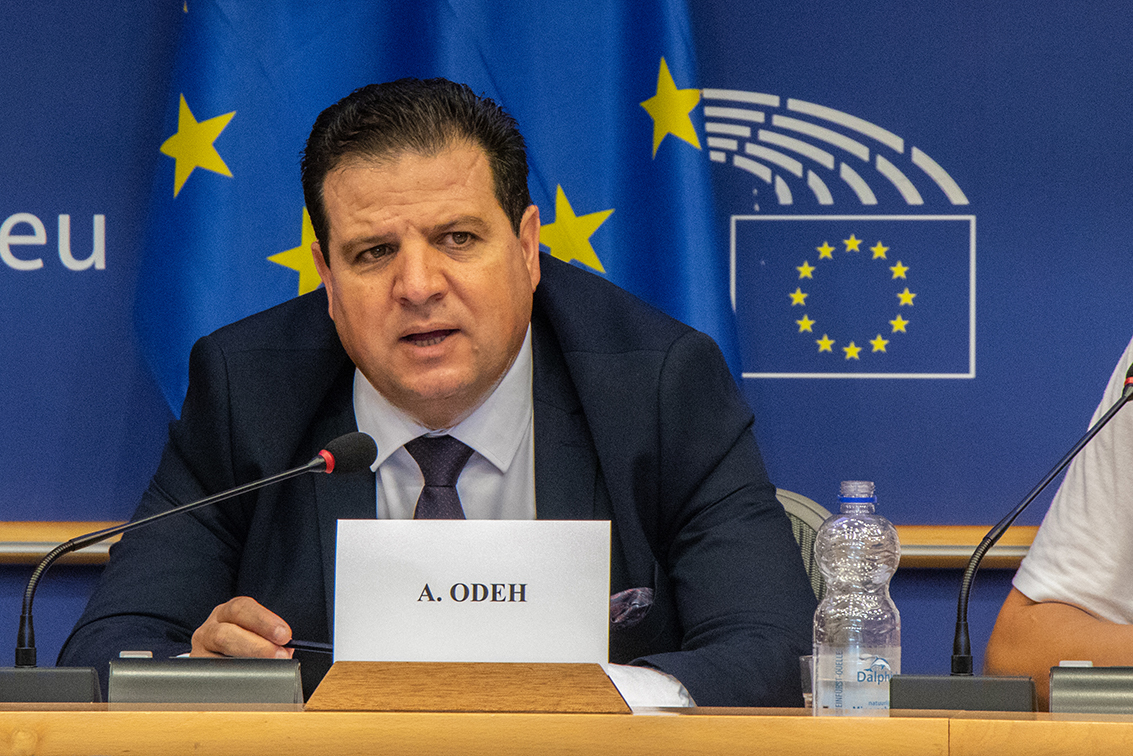 The result of the current political struggle concerns not only the Israelis but everyone else too, due to the country’s strategic location and its role in regional and global security. Israel as a foreign policy actor will substantially be defined by the makeup and political programme of its next government, whichever model should prevail. Political personalities and parties fighting for leading the country only embody the elements of the complex Jewish and Israeli identity and national characteristics. The first and most obvious of these is the military, which is the backbone of the nation; the Blue and White has already indicated that its preferred cabinet would include four retired generals at minimum (three former chiefs of staff and Orna Barbivai, the first female general rising to the second-highest rank in the Israeli Defense Forces). Contrary to other Middle Eastern countries, the Israeli army shapes only indirectly the nation’s political development. On the one hand, it teaches patriotism to the citizens (to both Jews and minorities, males and females) during their army service, on the other hand, through the army’s meritocratic system, it breeds a military class that is overrepresented in the political establishment. Israel, which is located in the land connecting Africa and Eurasia, needs to be a highly militarised state by its geopolitical position—according to some calculations, it is, actually, the most militarised country worldwide—and this factor is made manifest in the current elections, even in the framework of a parliamentary democracy. Parallel to the security aspect, the uneasy balance in the Jewish state’s identity—that was already discussed in my previous blog entry—its religious and ethnic traits, are exposed directly in the current political blocs. The process of coalition-building will give a clear answer to whether the military–security dimension of the state will be combined with a broad, nationalist–secular unity government, redefining Israel as a Jewish and democratic state for all its citizens. The other scenario is that the religious parties to the right of Likud, which understand nationalism in a narrow sense, would fetter the country and undermine the role of the secular armed forces in Israel’s basic identity.

If Netanyahu and Gantz do not find a solution on Wednesday, they will only prove that Israel was not able to grow up to decide in which direction the political community should develop in the future. A lasting domestic political crisis and an inward-focussed country in the heart of the “World Island” would be an alarming factor to all regional and global actors. Therefore, the swift formation of an Israeli unity government is not the exclusive interest of the Israeli society.