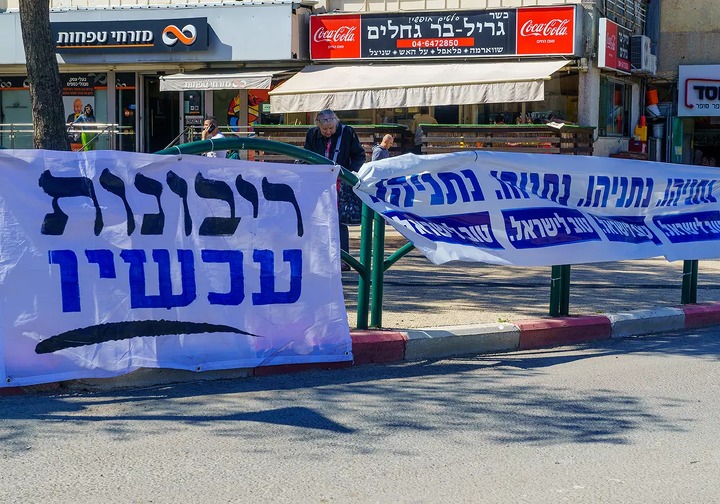 Israeli Elections 2020: Is There an End in Sight for the Political Deadlock?

Israel went to the polls on 2 March for the third time in a year to elect a parliament which can hopefully give a functioning new governing coalition to the country. The results point to the possibility of yet another election down the road, as neither of the potential prime minister candidates has a clear path to forming a stable majority. The only chance to avoid having elections anew is to use political pressure to create an unusual political alliance in order to stabilise the nation divided by ideological frontiers. If Israel manages to open a new political era through an unorthodox governing coalition, it may change what the “Jewish state” stands for.

Prime Minister Benjamin Netanyahu came away victorious from the elections of 2 March, claiming in the evening after the first results started coming in that he would give a “strong” government to the nation. Netanyahu and his Likud party did manage against all odds and became once again the largest faction in the upcoming twenty-third Knesset with thirty-six mandates, having a lead over the main challenger Blue and White (thirty-three MKs) headed by former army chief of staff Benny Gantz. While the Likud recuperated in the last few weeks of the election campaign, its traditional allies did not fare that well; finally, the religious–right-wing bloc managed to get fifty-eight mandates altogether, three MKs short of an absolute majority in the parliament. Benny Gantz cannot be assured of managing to gather the support of the remaining sixty-two MKs either, due to the bad blood between his right-wing ally, Avigdor Liberman, former minister of defence, and the Arab-led United List. In any case, the head of state Reuven Rivlin will start consulting the leaders of the Knesset factions in order to determine which politician has the largest chance to form a functioning government. His decision about who can try first will largely determine the pace and the strategies the parties will employ to manoeuvre themselves into power.

Israeli President Reuven #Rivlin casts his vote in the #IsraElex2020

Both party blocs, the religious–right-wing led by Netanyahu and the anti-Netanyahu quasi-coalition, are aiming at a narrow majority in the Knesset, instead of the previously favoured national unity government. Netanyahu hopes to attract at least three “renegades” from the Blue and White, the Labour–Gesher–Meretz, or the Liberman-led Yisrael Beiteinu. His chances are slim, as, even after the previous two elections, the religious–right-wing camp did not managed to attract a single deserter from the other camp. The main reason for this is that the parties’ policies in the Netanyahu and the anti-Netanyahu camp became worlds apart.

Gantz will have a similarly hard time mustering a majority in the Knesset, as he only has forty-seven MKs supporting him (outside of his party, there are seven in Yisrael Beiteinu and seven in the Labour–Gesher–Meretz). The Zionist “rainbow” coalition spanning from Liberman’s nationalist–secular group through the centrist Blue and White to the traditional leftist Labour and liberal Meretz can, nevertheless, agree on a national liberal policy package to set Israel on a new track. However, they also need the support of the third-largest faction, the United List. The latter grouping of the former Arab–Jewish Communist Hadash, and Islamist and Arab Nationalist parties holds the keys to Gantz’s premiership. Albeit traditionally turbulent, Israeli political life has never seen such a mixed government—even if the United List would only lend support to a Gantz-led government from the outside.

The chances are slim to achieve the unity of parties otherwise having such a different worldview and political message. Anyway, there is one thing they are surely agree on: Israel needs a new framework to move forward. Furthermore, they agree that this framework must not include Benjamin Netanyahu anymore. Having numerous alleged corruption cases looming over his head and being under indictment, the current Prime Minister used all political munitions to achieve another premiership. However, the anti-Netanyahu bloc aims to block this by introducing a new law, which would limit any Israeli person to two terms as prime minister of the state and exclude anyone under indictment from forming a government. This new law would only apply in the next elections, and it currently seems that Gantz would have the backing of the majority of MKs for the initiative.

It is to be seen in the coming weeks if a wide alliance of Israeli political parties can come together to set a new path for the Jewish state. The national liberal proposal of Liberman would include introducing civil marriage (as, currently, only the four major religions may wed citizens in Israel), apply strict military draft on the ultraorthodox Jews, effectively negating their privileges, and open wider the gates of conversion to Judaism. The real question is not about which politician will lead Israel but how the future of the Jewish state will be outlined: with a nation defined by a narrow orthodox interpretation of Jewishness or a broad-based secular one that integrates the Arab–Israeli segment of the society. If the leaders cannot decide on these issues in March, there is a high chance of a fourth election, most probably without Netanyahu—and it is likely to repeat over and again until Israel arrives at a stable interpretation of “how to be” a Jewish state.