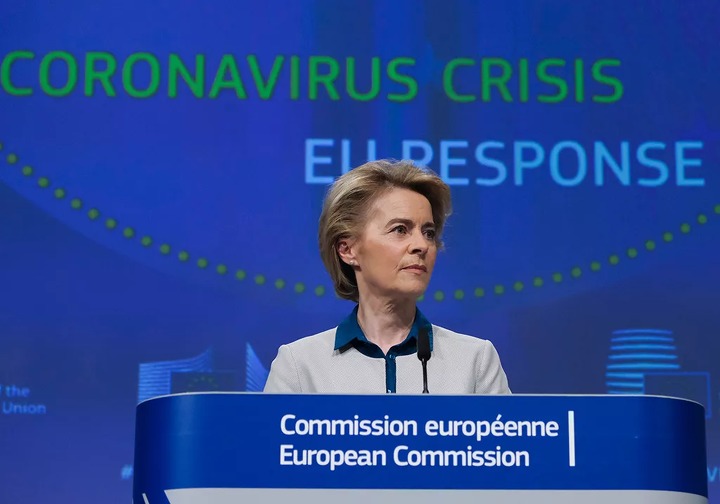 As the burden of the COVID-19 pandemic is gradually starting to ease on hospitals, governments of the hardest-hit European countries are quickly beginning to alleviate lockdown measures in order to limit the economic damage. Governments are now preparing for a general downturn in economic growth in 2020, but lockdown measures will also have long-lasting consequences that go way beyond this year, making the current crisis both an economical and a political question.

The lookout of the European economy seems gloomy. Goldman Sachs forecasts a 9% contraction in euro area GDP with the worst results in the second quarter and a bounceback in the second half of the year. With shops being closed and the economy in a standstill, there is a growing gap between the tax revenues and the expenditures. In order to keep SMEs afloat and to avoid enormous drops in household income, governments are planning generous stimulus packages, and public borrowing is quickly climbing to never-seen heights. Burdened with debt and the ageing of their populations, Western countries will face many uncertainties in the future and they can only be sure of the reality of ever-rising budgetary expenditures in the coming decades.

Therefore, there is currently an enormous pressure on our politicians to balance between saving lives and saving the economy. European governments have chosen to tackle the crisis in very different ways. While the Swedish government has been accused of putting its economy before its people with fairly relaxed measures, Italy has been in a nationwide lockdown since mid-March, sacrificing its economy. Health economists are trying to set a price for human lives, publishing numerous grim calculations regarding the costs of the crisis to be borne by society. Calculations of the cost-effectiveness of the money spent on COVID-19 prevention and treatment (quality-adjusted life year or QALY) vary by country, but numbers many times higher than for your average diabetes, flu or cancer patient make many question the effectiveness of decision makers’ swift policy responses. Making the European debate even more interesting, decisions regarding the now-so-critical healthcare infrastructures stay within national competence and Member States only started coordinating medical purchases at a later stage, harmonisation of the EU-level response to the crisis being sluggish.

Divergence within the Single Market

The downturn will be similar, but the bounce back and the length of recovery will be different across the European Member States. Exogenous shocks tend to hit the poor harder, meaning that the economic downturn will be of a bigger amplitude in Southern and Eastern Member States. The question of inequality within the Single Market has always been looming, but a second recession within ten years makes it much more prominent. Bounceback will depend on the given Member States’ initial economic situation, on how hard and long the pandemic hits them and also on the sector dominant in their economy with the housing sector, tourism, transportation, and agriculture being the most effected. Economies built largely on tourism or exports (such as Spain, Italy, or Greece) will experience a sizeable drop in GDP, while the current crisis has also highlighted the Western European agricultural sector’s dependence on the mobility of workers from Eastern Europe, lockdowns resulting in grave shortages in labour force, and produce being left on the fields. The Spanish debt-to-GDP ratio is expected to reach 120%, and that of Italy’s can reach a staggering 145%—both economies based heavily on tourism and exportation.

During these hardships and following a separation by border closures and a wave of protectionist thoughts, questions about European solidarity—and for some, about the future of the European project—are being asked, making the current crisis both an  economic and political question. While Italy is lobbying for the case of jointly issued Eurobonds, Northern Member States (especially Germany, Austria, and the Netherlands), vividly remembering the consequences of the eurozone crisis, so far have seemed reluctant to agree to debt-nature instruments, with a preference for low-interest loans. Showing solidarity throughout the recovery period of the Single Market is the common interest of all Member States, but long-term economic decisions made on the European playing field often come with a price on a domestic level. Risk sharing and increasing public debt have always been a sensitive topic within the Union, where fiscal measures are not coordinated, and, therefore, the use of any big format debt-nature tool would require political ratification from Member States. Short-term fiscal tools readily available to Member States within the current (and soon, past) Multiannual Financial Framework take the form of transfers. On one hand, the European Commission has decided to radically remove conditions for the use of already allocated cohesion funds. Cohesion funds can now be reallocated by Member States from traditional infrastructure projects to responding to the new emergencies while the co-financing of projects can now reach up to 100%. On the other hand, the European Commission has extended the possible utilisation criteria for a not so well-known instrument, the European Solidarity Fund. The Solidarity Fund was originally designed to help in case of a natural disaster by providing a subsequent reimbursement of the given Member State’s expenses, but, with the new flexible and inclusive criteria, the Member States most affected by the pandemic can also apply.

Following the European Council meeting that took place on 23 April with the aim of discussing the long-term macroeconomic responses to the pandemic, Commission President Ursula von der Leyen announced details of a recovery package. The 540-billion-euro package is to be implemented by 1 June 2020, and consists of three parts: an ESM credit line, an investment package accessible to businesses via the European Investment Bank, and a pan-European unemployment scheme called SURE. The temporary instrument SURE (Support to mitigate Unemployment Risks in an Emergency) will provide financial assistance to Member States in the form of low-interest loans, in order to address sudden increases in public expenditure in efforts to preserve employment.

The European Central Bank (ECB) has swiftly adapted its monetary policy to provide liquidity; therefore, lessening the European Council’s urgency to make long-term decisions. Demand, and thus the need for liquidity, has stalled in Europe since the lockdown measures were announced. Unless the ECB finds itself struggling to fulfil its role of ensuring price stability, there is no urgent need to issue “helicopter money” in order to boost consumer spending. Nevertheless, the European Central Bank’s role might become much more decisive during a later stage of the recovery when fiscal stimulus will no longer be a possibility for the indebted Member States. Central and Eastern Member States not belonging to the euro area will have to mostly rely on their own central banks. The decision to modify the regulations of the ESM credit line would not be an applicable tool for non-Eurozone Member States and thus further deepen the gap between regions during recovery. Feeling left behind with the recovery package, Central European MEPs have requested a relaxation in the criteria of the Balance of Payments (BoP) assistance during the last ECON (Committee on and Monetary Affairs) meeting, in order to allow equal access to the financial markets.

Furthermore, the Council has agreed on the establishment of a Recovery Fund expected to reach a trillion euros, dedicated specifically to dealing with the effects of the crisis. Even though it might seem that the Recovery Fund, operated by the institutions, has shifted the emphasis from intergovernmental decisions made by the Eurogroup, most of the European Union’s revenues still come from the Member States and not from the EU’s own resources. Following the successful Council meeting, the message is clear: there is a political commitment from Member States with an increase in contributions to the next Multiannual Financial Framework.

The next MFF on its way

The European Commission has promised to adjust the next MFF to the new challenges. It will be essential to harmonise external trade policy, industrial policy, and cohesion funds in the future, in order to ensure the continued convergence of the European Single Market in the recovery period. The initial competition between Member States to purchase medical supplies from China highlighted not only the fragility of the global economy but also the lack of solidarity. The global value chains that allowed for a more efficient but more interdependent, vulnerable economy are being questioned as many European countries are rediscovering manufacturing with a new wave of protectionism. The next period will possibly come with distortions in industrial structures, and there might be a good opportunity to rethink the organisation of the European industry. On the one hand, returning production of critical products to Europe can help make European countries less dependent on third countries. On the other hand, as switching costs might be relatively lower than at other times, rebooting the industry in coordination with the Commission’s Green Deal priorities could be part of a recovery that also hits climate goals. A long-term structural transformation might present a window of opportunity for those cohesion countries where industries can be relocated in order to prioritise European value chains. Thus, the cohesion fund can be seen as a long-term and flexible recovery instrument of the single market within the next MFF.

The pandemic will have long-lasting consequences not only on the level of individuals but also for the European economy. Ensuring a continued cohesion is essential for keeping the European Union truly united so that it can withstand the challenges of the global competition. In times of a pressing need for certainty and solidarity, the last Council meeting has so far shown only commitment but no clear budget proposal. Yet the biggest—and already late—European budget will have to be designed to truly reflect the solidarity that we keep referring to—as saving lives cannot become a question of money.