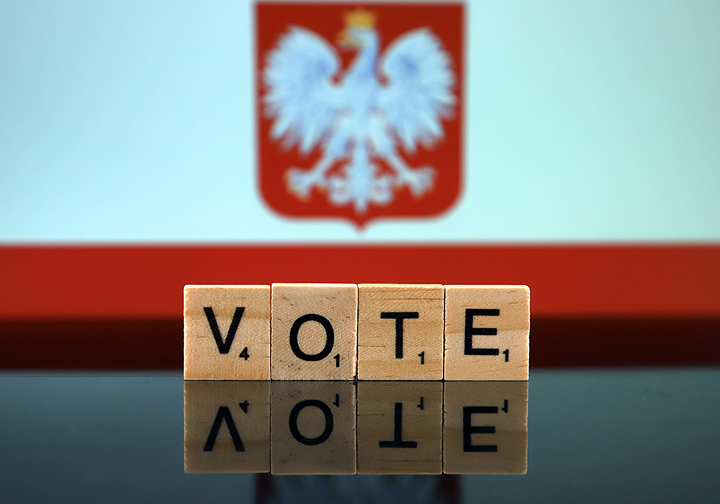 Polish presidential election in the shadow of the Covid-19 pandemic

The current epidemic and fear of the coronavirus (Covid-19) outbreak forced governments world-wide to reorganize the daily life of their citizens and adopt new rules to manage this unusual situation. Meanwhile, the five-year term of office of the President of the Republic of Poland Andrzej Duda approaches its end this year. Therefore, at the beginning of February, before the outbreak of the epidemic, the presidential election date was officially set for 10 May. Back then no one expected that the virus would not only drastically change people’s life, but also prevent the elections to be held in regular conditions. Is it possible to organize free, equal, general and democratic elections during a coronavirus pandemic?

On April 6 the Sejm, the lower house of the Polish parliament, introduced a new draft bill that allows for the first and the second round of presidential elections to be held in 2020 only by postal vote. According to the new act, votes can be cast from 6:00 am to 20:00 pm. During that time, voters will have to put an envelope with a voting card and a signed statement on personal and secret voting in a prepared mailbox in the commune where they are registered as voters. Unlike in the past, the election will not be overseen this time by the National Electoral Commission. After consultation with the National Electoral Commission, the Minister for State Assets (Minister Aktywów Państwowych), Jacek Sasin shall determine the template of the ballot paper, order election packages, specify the detailed mode of delivery of electoral packages by the designated operator to the voter, organize the collection of the return envelopes, and then the counting of the votes delivered to the appropriate municipal district commission election to end the vote. The designated operator is the Polish Post and it will be responsible for providing electoral packages directly to the voters during the 7 days preceding the elections but only within the country. The new bill also includes a notation on the possibility of postponing the election date by the Marshal of the Sejm within the deadlines in accordance with the constitution (to be held at the latest on May 23, 2020). The proposal of the new act is currently deliberated by the Senate, the upper house of the parliament, where it might be under consideration until May 6, only just a few days before the planned election. The legislative process of the new act from April 6 has been not completed yet. The final date of the presidential elections should be known a few days before May 10.

The pandemic significantly impeded the candidate's election campaign. Most of the politicians decided to change the form of their campaign, by introducing limited meetings with the voters and focused their activity on social media. In contrast, President Duda has been in the forefront of the fight against coronavirus, as a result of which he was by far more visible on traditional media outlets (newspaper and television) than any of his challengers. According to some experts, the opposition candidates are in a highly difficult situation due to reduced number of traditional media appearances and the cancelation of voting rallies through which they could directly convince swing voters. Most probably, if the presidential elections would take place, through postal voting on May 10, President Andrzej Duda would be re-elected, as the president of the country. Second place would go to Szymon Hołownia, who catches observable social media interest. Possible low results of the opposition Civic Platform party candidate, Małgorzata Kidawa-Błońska would likely be the effect of a call to boycott the elections that the candidate sent to her supporters. May 10 is the final date for the presidential election in 2020. This is the official position of the right-wing ruling party Law and Justice and the President of the Republic of Poland. The number of those infected with coronavirus is increasing day by day, therefore personal isolation and the avoidance of unnecessary contacts with others is recommended by experts from all around the world. The question is why do Polish authorities believe in such a situation that the May date for the election is possible and that there is no strong reason to change it? Jaroslaw Kaczyński, the leader of the Law and Justice (Prawo i Sprawiedliwość), assured that this form of the elections, proposed by his party are completely secure for the wellbeing of all the citizens. The Minister of Health, Łukasz Szumowski, who as a doctor by profession is seen, as an undisputed authority for many Poles when it comes to issues related to the coronavirus, shared the same opinion. President Andrzej Duda stated that a lack of elections may cause the paralysis of the country and a disruption in legislation. Furthermore, during his special convention on May 1 (held without an on the spot audience) the head of state appealed for participation in the elections on May 10. Polish Post will be responsible for providing electoral packages directly to the voters before the planned election on May 10.

Due to the ongoing coronavirus pandemic, many people strongly object to the form and way of conducting the postal voting. Moreover, critics urgently called for the delay of the elections. Donald Tusk underlined that the postal vote proposed by the Polish government carried a serious health risk. The former European Council president added that the postal vote is not consistent with the Polish Constitution and that no one will ensure the confidentiality, freedom and equality of the elections. Six former Prime Ministers and three presidents also called to boycott the upcoming postal presidential election. The former state leaders said in the official statements that the May 10 vote will be a pseudo-election and they would not take part in it. The OSCE Office for Democratic Institutions and Human Rights (ODIHR) emphasized that the bill from April 6 is inconsistent with the international standards of democratic elections. The European Union, Human Rights Watch, the Polish Supreme Court also expressed concerns about the credibility of the postal voting’s results and their consistency with the constitution. The Polish Ombudsman, Adam Bodnar pointed out that any changes regarding the electoral process should not take place at least six months before the election date and the voting only by correspondence violates the principles of general, secret and direct elections. At the end of April, the Post Office asked local governments to provide data from their voter list. Many citizens did not consent to share their data with the Polish post thus the city presidents and mayors refused to provide the voter list to the post office due to the lack of a legal basis. The circumstances have not been improved by the fact that the format of the ballot paper has been leaked and published on the internet.

The situation is changing day by day and it is now anyone’s guess whether the elections will take place as planned on May 10. There are speculations about different scenarios regarding the postal voting. According these the elections might be postponed to May 23 or to the autumn or even spring next year and will be organized in traditional way in polling stations. Other options are; the extension of the president's term of office by two years, which would require constitutional changes; an introduction of a state of emergency; or even, ordering new parliamentary elections. The upcoming days will show if it is possible to organize free, equal, general and democratic election during a coronavirus pandemic in Poland.