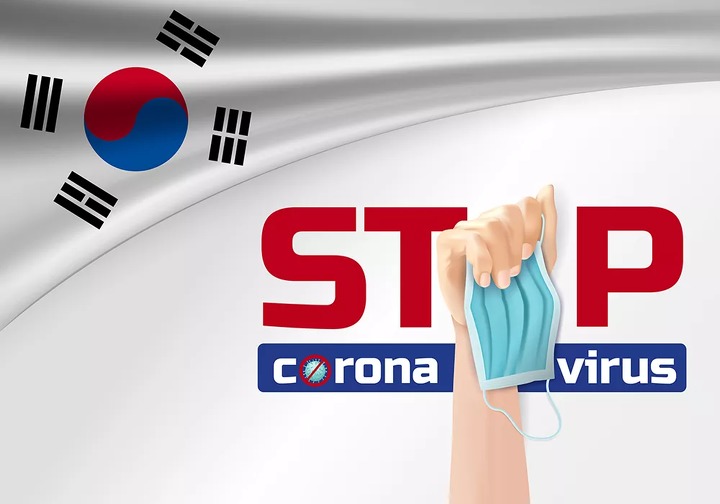 South Korea is regarded as one of the best examples for the successful fight against COVID-19. How did they achieve the really exceptional results and what influence did it have on the 2020 parliamentary elections?

South Korea reported its first case on 20 January 2020. The numbers initially remained low, then they went up sharply, reaching a peak of 909 daily infections on 29 February. Subsequently something happened, and the pandemic’s curve flattened. Also, the death-rate remains low compared to the rest of the world. The measures introduced can be described with three words: Testing, Tracing, and Isolating.

Testing. According to the Korean Centres for Disease Control & Prevention (KCDC), there are a total of 118 institutions available for diagnostic tests in South Korea. On average, 15.000 tests (maximum 20.000) can be performed per day. The relatively fast expansion of testing capacity was made possible thanks to the active collaborative efforts between government, academia, and the private sector. The Korean government (KCDC) quickly developed a new testing method and disclosed it—based on this, a company developed and produced diagnostic reagent. Upon evaluation by the government and medical academic experts, the reagent was granted emergency use authorization by the Ministry of Food and Drug Safety, testing facilities across the nation then began using the test. To ensure accuracy of the tests performed, COVID-19 testing centres were selected by KCDC from testing facilities that had been certified for outstanding quality. They also received additional training and passed external quality assessment. The testing quality of each centre is continuously maintained by quality assurance by KCDC and academic experts.

The tests were executed from the beginning in a very innovative manner. Tests were not only carried out in the traditional way in hospitals, but also through the introduction of drive-thru and walk-thru testing.

Tracing. In Korea the last big epidemiological outbreak was in 2015, which was the Middle East Respiratory Syndrome (MERS) crisis. As a result the Infectious Disease Control and Prevention Act was amended several times in 2015. This gives much more freedom for the KCDC to react quickly and carry out the necessary measures swiftly in the case of a new outbreak. Contact tracing information required for epidemiological investigation can also be collected and/or used within the scope permitted by this act. Contact tracing is largely divided into 4 stages: (1) investigation, (2) exposure risk assessment, (3) contact classification, and (4) contact management. During the investigation phase, basic information including the whereabouts of the patient for a certain period of time is collected through the process of interviewing patients. Family or healthcare workers may also be interviewed if needed. If supplementary information is needed (e.g., due to memory omission or inconsistencies), more objective information (such as medical records, cellular GPS data, credit card transactions, CCTV footages) may be collected during the risk assessment stage. Contacts identified based on the findings of the collected information are subject to self-quarantine (home quarantine) along with health education and symptom monitoring.

The contact tracing is done by epidemiological intelligence (EI) officers at both central and local levels. Currently, there are 75 EI officers at central level and 54 at city or province level. To each case there is only one specific officer assigned, no one else can look at those personal data, and after the end of the quarantine period these sensitive information are deleted.

Isolation. COVID-19 patients with mild or no symptoms, who do not need to be hospitalized, are treated at isolation facilities called "Life Treatment Centres". In these facilities, which were developed and designed by the Seoul National University Hospital, the patients are monitored to prevent the spread of infection. Doctors and nurses examine them twice a day through video calls. Medical data such as electrocardiogram (ECG), blood pressure, oxygen saturation, heart rate, and breathing rate is acquired by vital sign monitors and transmitted in real time to the monitoring centre. There are more than 16 Life Treatment Centres in operation in South Korea.

To prevent the spread of the virus, masks are widely used. The Korean government was able to successfully tackle the panic buying phenomenon by launching an Inter-governmental Mask TF chaired by Vice Minister of Finance, conducting public procurement for the entire production of masks, expanding production capacity, and utilizing digital technologies in allocation and distribution process. Every citizen is entitled to get 2 masks per week for a small price.

The South-Korean government never considered a full lockdown as part of their policy response to COVID-19. As the health and welfare minister Park Neung-hoo put it, they relied on people’s voluntary cooperation based on their trust in public anti-epidemic authorities. Instead of physical lockdown, they fought the virus through an epidemiological approach, while encouraging people’s voluntary cooperation for social distancing.

Before the regular school semester was supposed to begin in early March, the Korean government reviewed the need to delay the semester to prevent the further spread of COVID-19. The start date was postponed several times, with the aim of avoiding possible secondary infections in the schools and implementing social distancing. The Ministry of Education released on 4 May a schedule, according to which, pupils in various age groups will return to school in 4 phases from 13 May to 1 June. This means that in the case of the last group a period of 3 months will be spent in online classes. In the meantime, because of a new outbreak in the Itaewon area of Seoul the start of the schools had to be postponed again.

We have to state, that there are some advantages South Korea has, that we do not have in Europe. The Republic of Korea could be regarded as an island that can only be reached by air or sea. Because of this, new arrivals can be checked before they even enter the country. Furthermore, social distancing is not a big problem for South Koreans. For example, they greet each other by bowing instead of shaking hands. Another important feature is, that wearing masks is common in “normal” times as well, as the concentration of fine dust and the level of air pollution worsened a lot in the past 5-10 years, however this could be discussed in a separate article. Lastly, thanks to the Infectious Disease Control and Prevention Act, which was amended in 2015, following a large public debate, the tracking is much easier than in Europe. Back then, in the midst of the MERS outbreak, the Korean public widely supported the initiative to give up some of their privacy for the sake of their health.

The Korean Government recently made available their know-how in the publication: COVID-19, Testing Time for RESILIENCE In recovering from COVID-19: Korean experience.

Despite the corona virus pandemic, the parliamentary elections were held as originally planned, on the 15th of April. South Korea, so far, is the only country that held a general election during the COVID-19 outbreak. The Korean government pushed ahead, and set out a set of well thought guidelines to minimise the spread of the virus. In reference citizens felt it is important to practice their democratic right to vote, as a result of these, the voting rate was 66,2 percent, the highest figure in 28 years. South-Korea is very proud of the fact, that despite of any contraindicative circumstances, it always held its elections when it was due. For example, they even held the general elections in 1952, when the Korean War was going on.

Before the election campaign, the main issues on President Moon’s agenda were the high unemployment rate, especially the one among young people, and the easing of strained relations with North-Korea—none of the two went very well. Moon increased the minimum wages significantly, hoping for a consumption-based recovery, but it had the opposite effect: the unemployment figures went up significantly. The relations with North-Korea also—after the initial euphoria in 2018—worsened significantly, following the failed Hanoi Summit.

Before and at the very beginning of the corona pandemic President Moon’s approval rating was in the low to mid 40’s. After the outbreak, the South Korean authorities were able to stop the spread of the virus with the help of the previously described measures, and the president’s approval rating has ascended to the year's highest of 53.7 percent, a poll showed on 6 April. Every political analyst agrees, that this was due to the widespread view, that his administration is coping effectively with the coronavirus.

The Ministry of Economy and Finance released its Comprehensive Economic Policy Response to the Covid-19 Pandemic just before the elections. A total of 150 trillion KRW (about 122.9 billion USD) worth of support have been unveiled through the four rounds of Emergency Economic Council Meetings until the 8th of April.

President Moon Jae-in’s left wing liberal Democratic Party of Korea (DPK) captured a vast majority of the National Assembly (180 of 300 seats) following the elections on 15th of April. The well-known phrase was proved again: “Timing is everything in politics.”

An interesting result of the elections is, that two North-Korean defectors, Thae Yong-Ho and Ji Seong-Ho were elected to the National Assembly, both of them were candidates of one of the conservative parties. Thae Yong-Ho was the former deputy ambassador of the DPRK to the United Kingdom and defected with his family to South Korea in 2016.

The victory by the DPK during these elections is not a guarantee for the future. The Korean public gave a green light to Moon’s party based on their response to the coronavirus pandemic, but attitudes may alternate again. Moon has to concentrate now on the post-COVID economy. He has to show good in this regard until the next presidential election which is due in May 2022.

President Moon Jae-in is well aware of this, and said on the 28th of April: “The longer the implementation of measures drags on, the greater damages and the more difficulties people and businesses will face. In this unprecedented crisis situation, decisions should be made boldly, and they should be carried out rapidly and accurately. I ask you to accelerate the implementations.”