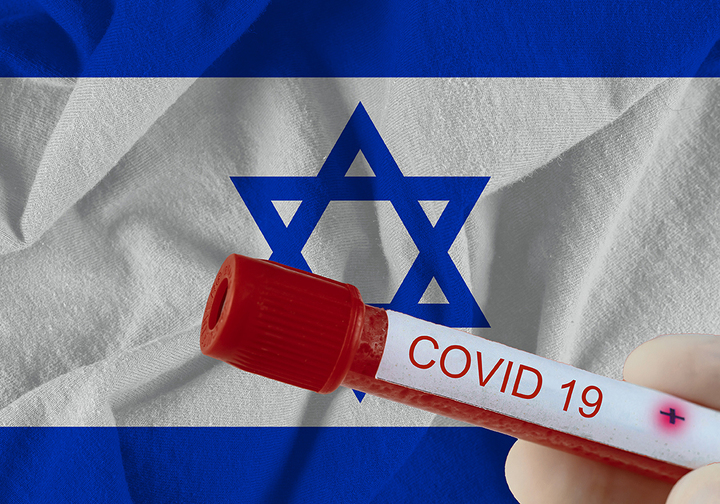 Israel had already been supposed to have a difficult time forming a government after the 2 March election, but the coronavirus pandemic changed all previous political plans and led to advanced negotiations on a less-then-comprehensive national emergency government. The health crisis created unconventional alliances across the political spectrum but also uncovered the systemic, societal, and governmental shortcomings in the Jewish state.

Millions of Israelis have spent the Passover (Pesach) holiday under strict lockdown during the weekend. The festive occasion, when usually all Jewish families gather together to retell their young ones the biblical story of their Exodus from Egypt, was moved online, with governmental officials and rabbis streaming their sermons for Jews in Israel and around the world. As Israel has passed twelve thousand registered infected and more than a hundred and forty fatalities due to the COVID-19 pandemic, the forthcoming Orthodox Easter Day and the Muslim Ramadan also appear to be spent in circumstances similar to Passover. It is, of course, understandable that the Israeli government wanted to avoid that its citizens move around in the country, visiting relatives and, thereby, spreading the virus, but the severe lockdown took a toll on the nation’s mood.

Why is this Passover different?
We all stay home on Passover! pic.twitter.com/m1MvE7he8m

Feelings and religious traditions aside, the pandemic is taking an even more tangible toll on the Israeli economy. The conservative economic miracle which preceded the three consecutive Netanyahu governments since 2009 by three decades and which has shown a steady yearly 4-5% growth, rarely dipping below 4%, is now over. The government is mobilising immense funds to reinvigorate the economy after the pandemic is over, as the unemployment rate is already over 23% and growing. Israel is a highly export-driven economy and, therefore, reliant on the international environment. Hopefully, its technology-intensive sectors will enhance the country’s ability to get back on its feet; however, tourism and services took a huge hit, which will be felt for years on end.

Apart from the overall economic troubles, the healthcare system and the governmental response came under heavy political attack during the last days. While, by and large, the Israeli public services reacted well to the crisis, significant problems emerged mainly because of certain sectors of the ultra-orthodox Jewish population. The head of their political representation, the Health Minister Yaakov Litzman hailing from the Ashkenazi ultra-orthodox United Torah Judaism party himself neglected the instructions of his own ministry and was infected by the COVID virus. Ultra-orthodox communities held religious and even burial services attended by hundreds of people, but they were not dispersed by the police, fearing potential riots of the ultra-orthodox. The ultra-orthodox are suspicious of the government and the whole secular political Zionist ideology and, on average, quite averse to technology; half of the men in this group are unemployed, while their wives usually work in menial part-time jobs. The coronavirus crisis shows that their current integration and alignment with the rest of the secular society is inadequate for national harmony. The task of creating a mutually beneficial new social contract with the ultra-orthodox is becoming more pressing as the percentage of them in the whole society is forecast to move from the current 12% to almost 29% by the beginning of the second half of the century. For now, the Israeli government moved rapidly and imposed lockdown and deployed the army in cities and neighbourhoods populated by the ultra-orthodox, such as Bnei Brak, home to two hundred thousand inhabitants, and certain parts of Jerusalem. The rift in the Israeli society is manifest in the Israeli media’s showing pictures and videos of machine gun-wielding Israeli police and soldiers blockading other Jews. This crisis will pass, but the real issue Israeli decision makers and foreign analyst have to ponder in the coming months is how these conflicts and misalignments in the Israeli society (together with the complexities of the Israeli Arab sector) will limit the country’s ability to act on the regional and global scene as a military and economic power.

In domestic politics, we shall see if Minister Litzman and his party faces any backlash from their allies in the Knesset for their misconduct after the Passover holiday comes to an end. However, regardless of how the ultra-orthodox element of the political scene is handled by other parties, the coronavirus crisis has already had a major effect on the political developments in Israel. Benny Gantz, head of the Blue and White, surprised his partners in the alliance by backpedalling on his promise not to sit in a government with the indicted Netanyahu, and, instead of forming a minority government, he broke off with his people to join the Prime Minister. This national emergency government (formed by Likud, Blue and White, Labour, the ultra-orthodox parties, and potentially the national–religious Yamina) would have in its ranks 74-80 members from the Knesset of 120. This would provide a stable government for Netanyahu, under a deal which would make him prime minister for eighteen months; then he would be changed by Gantz who would have a senior ministerial portfolio and a newly created deputy prime minister position until they swap. The coalition negotiations are lagging as the two main parties are seemingly in a debate on major issues, namely, the procedure for the annexation of parts of the West Bank including the Jordan river valley, judicial proceeding (affecting Netanyahu’s trial), and who the next minister of justice and speaker of the Knesset should be.

Israeli pundits also point out that, after Blue and White was broken by Netanyahu into two, the Prime Minister might be using the delay to make a fourth parliamentary election a reality and reign alone supreme without Gantz. The heads of the two main parties promised to continue negotiations immediately after the holiday is over, but we can already see that, against all hopes, the coronavirus crisis did not bring a swift solution to the domestic political quagmire. On Monday evening, the President gave additional forty-eight hours to Gantz and Netanyahu to conclude the negotiations on the coalition deal to which they were reportedly “very close.” However, this was not sufficient, and, after the deadline had passed, there was still no agreement on the national emergency government. Now, the Knesset has additional twenty-one days to find another prime minister candidate who has the backing of sixty-one Knesset members. This is an almost impossible task in the current situation after Gantz’s grand bargain has failed. It seems that, even if a national emergency government had formed, it would have been only a temporary political solution, as Gantz’s former allies have already asked him to make “amends” to the centre-left and continue to fight Netanyahu’s (alleged) corruption. Therefore, while Israeli public agencies are already debating an exit strategy for the COVID pandemic, the political battle lines remain the same, without any viable fallback plan. In the upcoming three weeks, we might see another unconventional alliances emerging in the Knesset (such as Labour or Yisrael Beitenu joining Netanyahu’s religious–nationalist bloc, giving it a slight majority), but the chances are slim, and, now, a fourth parliamentary election is very much in sight.