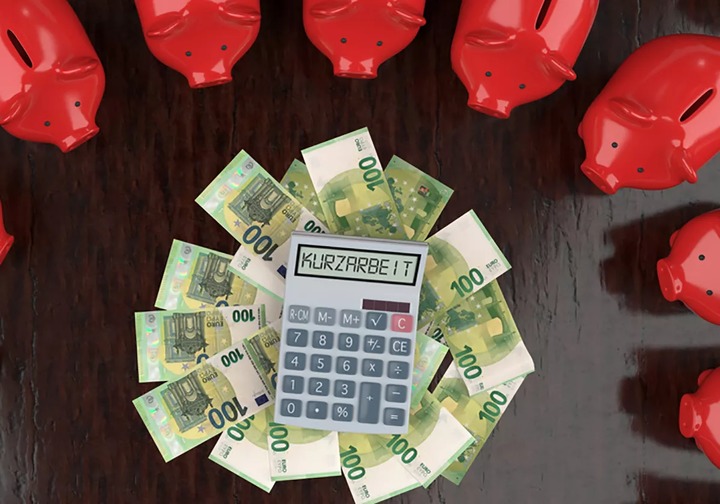 The German “Bazooka”: Germany’s Fight Against the Aftermath of the Coronavirus

Although the mortality rate due to the coronavirus is relatively low compared to the number of infected in Germany, that does not mean the European Union’s largest economy will be less affected by the crisis caused by the pandemic than other EU member states. Drawing on preliminary surveys and experiences from previous crises and natural disasters, German economists expect a loss of around EUR 255 to 729 billion, depending on how many months the production halt will last.

Although the mortality rate due to the coronavirus is relatively low (2.82%) compared to the number of infected people in Germany, that does not mean the European Union’s largest economy will be less affected by the crisis caused by the pandemic than other EU member states. According to preliminary estimates, the shutdown of the economy and the production halt due to the disease could cost Germany EUR 729 billion. This loss is expected to be more severe than the financial consequences of any economic or natural disaster that has hit Germany in recent decades.

Furthermore, stagnating production will result in, as experts estimate, the loss of one million jobs, which will be extremely burdensome for the country’s finances. Drawing mostly on past experiences, a survey suggests that the German state will expect an economic fallback of about 7.2 and 20.6 percentage points, which could be translated in EUR 255 and 729 billion, respectively, depending on how many months the production halt will last.

To help those who lost their jobs or have to cope with a reduced income during this period, the German government has decided to introduce a coronavirus economic package. It is no coincidence that Federal Finance Minister Olaf Scholz called it a “bazooka,” meaning that the economic package looks like a “heavy weapon” the country is ready to deploy to fight the aftermath of the coronavirus. This financial tool is expected to give support to many sectors of the German economy, and it will introduce instruments that will help to restore the country’s economy after the shock caused by the coronavirus.

Federal Finance Minister Olaf Scholz promises no businesses will be left behind.

According to the government, small companies having difficulties due to the coronavirus, as well as all self-employed workers who do not have the opportunity to continue working due to the illness, will receive state support for three months. In order to be eligible for support, individuals only need to prove that they have lost their jobs as a result of the epidemic. The government pledged to provide EUR 50 billion as financial support for these workers.

The economic package also tries to ease the situation of those tenants who lost their jobs and are, therefore, unable to pay their rents. In order to do so, a state’s measure will be introduced that will change the terms of tenancy agreements. Under the above-mentioned circumstances, the contracts of the tenants who become insolvent cannot be terminated, and, in accordance with the new provision, renters may not be sent out of a rental property between 1 April and 30 June. However, this only applies to those who had a job before the epidemic and are currently unable to pay part or all of their rent because of COVID-19. According to the law, the landlord may not claim the income lost during the three-month period until 31 December 2020, nor may he settle this debt with the deposit paid in advance.

Furthermore, the federal government is also creating more opportunities for the so-called Kurzarbeit—literally “short work,” i.e., the opportunity to use reduced employment by businesses—a measure already adopted during the 2008–2009 economic crisis. This solution will mainly affect companies where employees are forced to work a reduced amount of hours due to the COVID situation. The Federal Employment Agency will take over 60% of the wages of workers forced to work in Kurzarbeit schemes, and 67% if an employee has children. However, this provision applies only if, as a result of COVID-19, at least 10% of the employees within a company are reduced in their duties. Obviously, the purpose of this provision is that smaller and larger companies lay off as few workers as possible. Approximately 2.15 million people will become a beneficiary of this tool, and the takeover of their salaries—even if partial—will cost the government EUR 10.05 billion.

The federal republic also plans to set up an economic stabilisation fund to help the medium and large corporate sector. Lufthansa, which reported huge losses due to the interruption of flights, and other similar companies would be saved by nationalisation if necessary. In that case, the state would take over their debts, financing them with several billion euros, and, later, reprivatise them once the epidemic is over. Despite the German government’s generous measures in the healthcare sector, disruptions in in-house nursing are a major problem in the county

When it comes to healthcare workers, the “bazooka” is even more generous. For those working in healthcare and social institutions, a one-time, tax-free bonus up to EUR 1,500 is given by the government in an attempt to cover their overwork. In addition, financial support is also planned for dentists, therapists, and those specialists working in rehabilitation institutions who are not able to have their patients in the usual way due to the social distancing restrictions. In the meantime, speech therapists and physiotherapists would be helped by receiving a one-time payment of 40% of their salary in the last quarter of 2019 so that at least a part of their monthly income would be guaranteed.

The German government has developed a comprehensive package for hospitals, as well. They will receive financial support after every surgery or other hospital treatment that has been postponed due to the need to provide additional beds for coronavirus patients. For beds left empty between 16 March 2020 and 30 September 2020, the government will pay a flat rate of EUR 560 per day. For newly equipped and intensive care beds with ventilators, hospitals will receive EUR 50,000 as far as they provide an adequate number of places for patients in need of intensive care.

In addition to the hundreds of thousands of people who lost their jobs or are unable to work due to the epidemic, Germany is also facing an additional challenge, since recent labour shortages in the in-home nursing sector have become a very serious problem. In the country, about 300,000 eastern European workers, mostly women of Polish nationality, are employed as in-home nurses at elderly couples or single people, where they provide personal care, nursing, and do administrative tasks. However, due to the coronavirus, many of them moved back to their homeland by the time of the crisis. According to surveys, the majority of them are not worried by the fact that they are likely to lose their jobs due to the coronavirus crisis, as they prefer to spend this period together with their relatives. However, due to border closures and restrictive measures, those who want to travel back and work are not in an easy position either: without flights, they would only be able to return to their nursed families by car or bus, but this would mean several hours of journey and an official quarantine of fourteen days after their arrival, which most of them are not likely to undertake. Travel difficulties are only one reason why these workers do not intend to return to Germany, while the biggest problem lies in the fact that the majority of them would not know where to spend the compulsory two-week quarantine, as most of them live in the household of the German citizens they are taking care of. As a result, it became very difficult in Germany to find available workforce for elderly care tasks, and, despite the support measures of the federal government, many people in need of care have found themselves in a hopeless situation.

When all these measures will be implemented, Germany is likely to face a EUR 156.3 billion debt increase, which is one hundred billion euros more than its basic law allows. However, this is only a preliminary calculation, as the final amount is greatly influenced by how long it will take to get out of the paralysis caused by the epidemic. According to the opinion of several economists working for the federal government, a prolonged crisis could plunge the country’s economy into recession.

Stefan Genth, the managing director of the German Trade Association (Handelsverband Deutschland), is urging retail stores to reopen as soon as possible. In his opinion, if stores in German city centres remain close, the sector will not survive the crisis. Federal Economy Minister Peter Altmeier has so far been reluctant to follow this suggestion, but, in the next few days, the government will decide, based on figures of new infections and developments in the overall situation, to what degree restrictions will loosen after 19 April.

As a first step, shops, restaurants, and schools in some provinces would be reopened, but mass events would still be banned for many weeks. Germany’s leading economists are unanimous in supporting relaunching the economy, as they believe that this is the only way to avoid the collapse of certain sectors and the recession of the economy as a whole. However, even if their idea is to avoid a recession, they do not intend to do so at cost of human lives, so, if the government decides to restart certain sectors in the coming days, Germans will still have to rely on strict controls and measures to help prevent the spread of the infection.