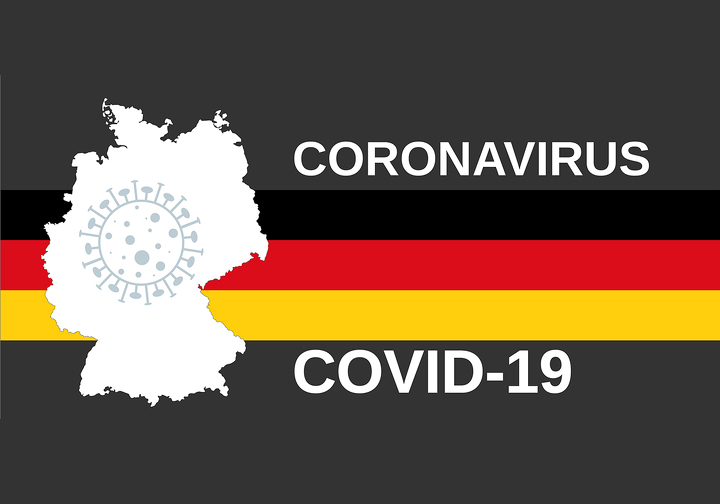 The Impact of COVID-19 on German Domestic Politics

In Germany, the COVID-19 pandemic has profoundly disrupted not only the economic but also the domestic political processes. Thanks to the successful crisis management, the popularity of the CDU and the CSU has grown, and the German government now enjoys the public’s extreme confidence. This change is particularly remarkable in light of the fact that, a few weeks ago, the social trust in the governing coalition of the CDU/CSU–SPD seemed to be drying up.

As a result of the spread of the pandemic, significant changes have taken place in German domestic politics, the perception of the government has improved rapidly among Germans, and the crisis management measures introduced by the grand coalition now have the support of the majority of society. The situation has also changed the perception of the right-wing AfD, the party’s support is currently showing a declining trend. The government’s position is strengthened by the fact that, although there is a high level of public concern about the epidemic, overall confidence in the German healthcare system remains high, with three-quarters of citizens confident in the availability of German medical tools and healthcare professionals. The change in political sentiment is well-reflected in the fact that, if the Bundestag elections were held now, the governing coalition would again have an absolute majority based on respondents’ votes, with the support for CDU/CSU rising by 7 percentage points to 34%, according to the survey. The crisis has no particular impact on the situation of the SPD; the support of the Social Democrats hasn’t really changed since the outbreak of the pandemic, so 16% of the respondents would vote for them. There is a minimal decline for the Greens, as 22% would support the party in an election, while only 10% would vote for AfD.

Data from another party support survey show that the CDU/CSU’s score is 4 percentage points higher than at the beginning of April, currently being at 39%. The overall public support of the SPD is around 16%, which means a very slight decrease, and the trend is similar for the Greens. The popularity of AfD also declined to 9%. Die Linke currently has 7% of supporting votes, while the FDP has only 5%. Although the figures show a minimal discrepancy, overall, the measurements show that the biggest winner in the situation is clearly the CDU, while the most noticeable decline was suffered by the Greens. Support for the CDU/CSU has also risen significantly compared to the previous year, with a slight decline for the Greens, stagnation for the SPD, a slight decline in support for the AfD and Die Linke, and a continued low support for the FDP.

The society has also responded positively to the restrictive measures introduced by the government in response to the pandemic, but the Germans are extremely divided on easing the restrictions. In addition, the restrictive measures vary from state to state, so keeping in control of lifting themis a major challenge for the government. There is currently a heated social and political debate about when and at what pace it would be appropriate to lift the restrictions and return to everyday life, which Angela Merkel is extremely critical of. The Chancellor called the discourse on easing restrictions a few weeks ago a “debate orgy,” which caused a great deal of media coverage, with the press primarily criticising the protracted restrictions on fundamental rights. Until now, cautious decisions have been made to ease the lockdown measures; as a first step, starting from 20 April, small and medium-sized enterprises with an area of up to 800 square meters were allowed to be open. The pace of lifting the measures, similarly to their introduction, varies from state to state, with only unified rules at federal level for reducing the number of face-to-face meetings. Demonstrations have also been banned in some states, yet there are demonstrations across the country protesting against the restrictions. On several occasions, police intervention has already been necessary with 79 protesters arrested by police in Berlin-Mitte, a 20-man protest dissolved in Mainz, and a 50-man protest in Stuttgart. In the latter case, the political debate has escalated to the point where the ban on demonstrations has been brought to the Federal Constitutional Court, which examined the matter under summary proceeding and eventually called for lifting the ban on demonstrations, but rules on maintaining personal distance remained in force.

The crisis caused by the coronavirus pandemic also gave new impetus to the power struggles within the CDU, as the party’s new president was scheduled to be elected in late April, but this did not happen because of the pandemic. Besides Angela Merkel, candidates for the presidency included  Federal Minister of Health Jens Spahn, the current party leader and Minister of Defence Annegret Kramp-Karrenbauer, and several state premiers such as Armin Laschet, state premier of North Rhine-Westphalia. Another potential candidate is Norbert Röttgen, the chairman of the Bundestag’s foreign affairs committee, but the politician has been rather neglected during crisis management.

The political agenda outside the CDU is currently largely determined by differing party reactions to the government’s crisis management measures. There is no complete agreement within the government on the issue of tax reduction introduced in the framework of crisis management, as there is disagreement largely between the CSU and the SPD. Another hot topic is the basic pension, the introduction of which would be postponed by the CDU/CSU due to the crisis, while SPD politicians argue for action to be taken as soon as possible. In the context of crisis management, the Greens are most concerned that the costs of the economic rescue package should be borne by society. Concerns have been raised in Die Linke’s circles about the content of the rescue package, with party politicians warning of the consequences for families dependent mainly on social benefits.

Despite criticism, Merkel’s position remains strong and the government’s social support is extremely high, as, according to survey data, 80% of respondents think that the chancellor is doing a good job. The extremely positive result is mainly due to the personal popularity of Merkel, not that of the government. The Chancellor’s international reputation is also outstanding, mainly due to the calm, analytical leadership she has shown during the crisis. Both domestic and international public appreciate that the German government consulted experts from scientific organisations, especially researchers from the Robert Koch Institute and universities before making any decision. The crisis is also affecting the competition among future chancellor candidates. In a survey, potential chancellor candidates were ranked on a scale of 0 to 100, with Merkel leading the popularity list with 74 points. The second is Bavarian state premier Markus Söder, leading the CSU with 72 points, and the third is Vice-Chancellor and Federal Minister of Finance Olaf Scholz (SPD). Söder currently ranks highest in terms of public support, with 27% of respondents supporting the Bavarian state premier to follow Merkel in office, which is particularly exciting given Söder’s repeated statement that he does not want to compete for the Chancellery. Thanks to the successful crisis management, it has also been suggested that Merkel could possibly stay for another term, which would be supported by 30% and opposed by 53% of the respondents. Before the crisis, the proportion of supporters was 21%, while that of opponents was 64%.

Thus, it can be seen that the effects of the crisis caused by the epidemic have profoundly disrupted German domestic politics. The governing coalition—the CDU in particular—benefited greatly from the situation, and the whole society’s perception of the Chancellor changed positively as well. However, the far-reaching political conclusions that can be drawn from the situation are worth to be treated with reservations, as it can be seen how unexpectedly fast the trends in German domestic politics can change. So it remains a question whether the current trends will be maintained after the crisis.