The Regional Election Which Risked to Bring Down the Government 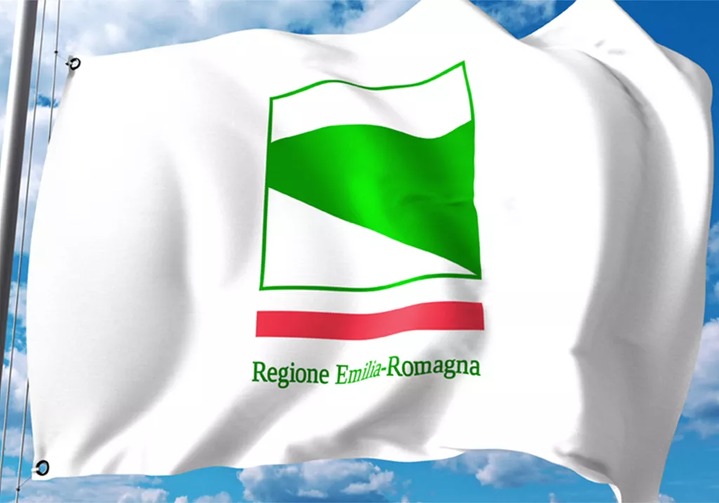 Salvini’s big gamble was to transform the regional election in Emilia Romagna, a very virtuous and wealthy region that since the post-war period has always been administered by the Left, into a personal plebiscite. However, despite this first defeat, Salvini is still not tamed. The League continues to achieve successes in the semi-peripheral areas of the Centre-North, and, even if the impact of its sovereignist rhetoric has slightly diminished, political tensions are likely to keep lingering, as several conflicts within the ruling coalition will likely remain.

In normal circumstances, last week’s regional election in Emilia Romagna—a region in northern Italy—would have been an ordinary territorial vote and only slightly debated by national media. However, writing “normal circumstances” and “Italian politics” in the same sentence might as well sound a contradiction in terms, and, in fact, Emilia Romagna’s election suddenly caught the headlines and became a key vote for the Italian government’s fate.

The reason is very simple. League’s leader Matteo Salvini decided to transform this ballot into a platform from which he could launch his new attack against Conte’s government. Last August, the former Interior Minister decided to spark off a political crisis, sure to emerge as the winner of an expected snap election, but his (mis)calculation led to his exclusion from the government and the creation of a new coalition between the centre-left Democratic Party (PD) and the populist Five Star Movement (M5S). Since then, not a day goes by that Salvini does not think of how to regain power. Salvini’s big gamble was to transform the regional election in Emilia Romagna—a very virtuous and wealthy region that since the post-war period has always been administered by the Left and used to be a stronghold of the Communist party for the whole Cold War period and, then, a safe base for its successors—into a personal plebiscite. In order to tear down Emilia’s “red wall” and repeat the very positive result of the last European election in the region, Salvini put himself at the forefront of a brutal campaign, relegating his governor candidate to a mere bystander and calling for Conte’s “eviction” in case of victory. Eventually, the outcome was an embarrassing setback for the “Captain,” as the incumbent governor, Stefano Bonaccini from the PD, finished more than seven percentage points ahead of the League’s contender.

Salvini with his supporters in Emilia Romagna

Despite the defeat, the League remains the most popular party on the national level according to polls, and Sunday’s breakdown has been caused more by Salvini’s excessive overconfidence than by a revived political identity of the Left. This downturn in Salvini’s fortunes arrived after almost two years of successes, during which the League won nine out of ten elections and took the helm of the centre-right coalition while his opponents were struggling to keep afloat a precarious—and not-so-popular—government or even the unity within their parties. Moreover, although the League may have failed to win in the region as a whole, it has consolidated support in Emilia Romagna. However, this result brings some respite to Prime Minister Conte—at least until the next election in the spring in Campania, Apulia, and Tuscany, as these regions are currently administered by the Left, and the latter is yet another traditional “red stronghold” and the home of Matteo Renzi, whose unpredictability risks to undermine the centre-left renewed unity.

Another takeaway from Emilia Romagna’s election is M5S’s deep crisis. Last week, the humiliating performance of the Movement, which gained less than 4% of the votes—in the 2018 general election, they got 28%, and, in the 2019 European election, 13%—arrived four days after Luigi Di Maio, Italy’s Foreign Minister, had resigned as a party leader to contain the turmoil within the party under his guidance. This result could change the balance of power within the governing coalition, invigorating the PD—so far, the junior partner—and push Conte towards a more “social democratic” agenda. Urgent steps are required before internal divisions between those who want a closer relationship with the Left and those who support “neutrality” towards the traditional parties will lead to more defections and the party’s implosion, offering Salvini a tempting opportunity to threaten the government’s survival.

It is also noteworthy that the ballot was characterised by an extraordinarily high turnout, which was about 67%, while it was only 37% in a previous vote in 2014. This increased participation was made possible by the role played by the Sardines movement (Movimento delle sardine) in gathering thousands of people who rejected the “values” expressed by Salvini’s propaganda in Emilia Romagna’s squares. The Sardines made a rallying cry of their opposition to populism, sovereignism, and racism, and the role of this group of young flatmates in mobilising progressive voters earned them praise by the PD’s leadership. Anyway, despite this first defeat, Salvini is still not tamed. The League continues to achieve successes in the semi-peripheral areas of the Centre-North, and, even if the impact of its sovereignist rhetoric has slightly diminished, political tensions are expected to keep lingering, as several conflicts within the ruling coalition will likely remain. The following days, the government will be called on to decide upon two very important issues which will put the solidity of the executive to the test. The first one concerns a decision over the revocation of a concession to Atlantia Spa, the holding company that manages Italian motorways. According to M5S, it should be stripped of its concession because of the collapse of a bridge near Genova in 2018. However, revoking the concession will not be an easy task, and M5S’s demands have caused strains with the PD and Renzi’s Italia Viva. According to the latter, cancelling the concession would induce huge compensation costs and undermine Italy’s credibility among international investors. The second one is about the reform of a law on the statute of limitations, which imposes time restrictions on legal proceedings. The M5S has just presented a reform plan to loosen this statute, but the PD has rejected the proposed overhaul, saying that trials could drag on indefinitely without time restrictions.

These disputes are those in which M5S and PD will have a hard time to find common ground, and, even if the risk of a government crisis has somewhat receded, Salvini is likely to continue concentrating his efforts on securing as many successes as possible to undermine the resilience of the executive.