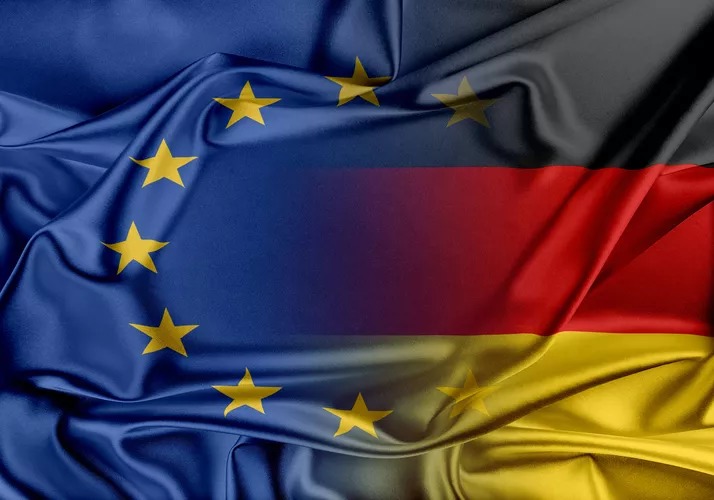 Germany took over the presidency of the Council of the European Union on 1 July as part of the German–Portuguese–Slovenian presidency trio. Besides addressing the crisis caused by the COVID-19 pandemic, digitalisation and environmental protection are also priorities for the German presidency. Moreover, there is an urgent need to develop the single internal market and the common foreign and security policy and to reach an agreement between the member states on the Union’s Multiannual Financial Framework for 2021–2027.

Since the Treaty of Lisbon came into force, the presidency of the Council of the European Union has been held in trio by the EU member states, with countries taking turns every six months. The main task of the presidency is to prepare and chair meetings in the Council and its preparatory bodies and to represent the Council in its relations with other EU institutions. Germany last held the position during the first Merkel government in 2007. At that time, the main result of the presidency was that an agreement between member states could be reached on some key points, which were eventually included in the Treaty of Lisbon, following the ratification failure of the Constitutional Treaty.

The task in 2020 is not less challenging. This year’s motto of the German presidency—“Together for Europe’s recovery”—illustrates that the aim is not only to deal with the acute crisis caused by the COVID-19 pandemic but also to establish a long-term and comprehensive reform strategy for the Union. The logo of the presidency is also symbolic: it depicts the Möbius strip, which symbolises togetherness and unity. The key objectives defining the presidency’s program are to overcome the crisis caused by the COVID-19 pandemic, to create a more innovative and stronger Europe, to promote a fair and sustainable Union, and to create a Europe of common values and security. According to Germany, Europe is facing dynamic transformation processes, and the crisis offers a good opportunity to increase Europe’s sovereignty, but close cooperation between the trio states is crucial. Considering the Union’s external relations, concluding the Brexit process and settling the EU–China relationship are the most urgent tasks for the presidency trio.

One of the priorities of the German presidency is digitalisation, which should be developed together with mobility and sustainability in Europe, according to Andreas Scheuer, the Federal Minister for Transport and Digital Infrastructure. In the original presidency programme before the crisis, the question of asylum was also a priority. The German government has set the goal of establishing a regulatory framework for both areas at a European level. The originally planned priorities were overridden by the COVID-19 pandemic, but Angela Merkel emphasised that the presidency was also going to pay particular attention to other objectives in addition to crisis management. In accordance with the European Green Deal, the German presidency is also committed to climate protection.

While tackling the pandemic crisis, boosting the European economy is also a top priority for the German presidency, as growth in the German economy can only be imagined with a well-functioning and stable European internal market. However, the German government is much criticised for the fact that, while the presidency emphasises the importance of transparent regulation, the specific objectives are often influenced by the lobby of large companies and especially the car industry. The importance of the issue is illustrated by the fact that, although large German automotive companies provided the government with limousines during the 2007 presidency, this time, the German presidency does not intend to make use of this service. Working towards economic recovery, Germany also plans to establish a European supply chain in order to restore stability and combat child labour more effectively.

The European Union’s post-pandemic budget has recently been the subject of a heated debate among member states. The debate is focussed on a EUR 500 billion EU recovery fund proposed by the German chancellor and the French president because four member states—Austria, Denmark, the Netherlands, and Sweden—object the idea of financing grants from the EU budget. The Austrian chancellor suggested instead that support should be disbursed in the form of loans. Along with the consequences of the COVID-19 pandemic, the European economy is also plagued by conflicts between nation state interests and the Brexit process on the inside and by the crisis of international free trade on the outside. Consequently, dealing with these matters is also essential during the present presidency. Furthermore, the German presidency is expected to work towards the introduction of an efficient European healthcare system, a European financial transaction tax, European minimum tax rates, and a common carbon-trading scheme.

Regarding the Union’s external relations, the presidency’s primary objective is to settle relations with China. German Foreign Minister Heiko Maas highlighted that the German presidency planned to develop the Union’s China strategy and one of its key elements was an EU summit with Chinese President Xi Jinping, currently scheduled for 14 September. The other foreign policy priority is Brexit, considering that EU negotiations with the United Kingdom should be concluded by the end of the German presidency—however, it is currently questionable whether this will really be possible.

The German chancellor spoke of concrete plans in a government declaration on 18 June, stressing that the aim was to overcome the consequences of the pandemic crisis and to make Europe more resilient in the long term. According to the chancellor, cooperation between member states was more important than ever, as no member state could tackle the crisis alone. She also spoke about the German–French proposal for a recovery fund and the Multiannual Financial Framework, both of which calls for decisive and swift action. In addition to tackling the pandemic, Merkel mentioned the issue of climate protection and said that the European Union had to play a greater role in global responsibility for human dignity, democracy, and freedom. According to the chancellor, managing the change with the recovery fund may be the right response to the consequences of the crisis. However, it was important to keep in mind that a sustainable economic recovery should take place in Europe and that the Union’s digital sovereignty should also be established, reducing dependence on third countries. Regarding the long-term outlook, the German government would support the conference on the future of Europe proposed by the German President of the European Commission Ursula von der Leyen.

Reflecting on the government’s proposals, SPD politician Martin Schulz welcomed the idea of creating a Europe of solidarity, while the AfD rejected the proposal, arguing that it would cost Germany extra expenses worth billions of euros. The other parties basically supported Merkel’s presidency concept. While FDP leader Christian Lindner sees a great opportunity for Europe in the current situation, Die Linke politician Amira Mohamed Ali made a case for justice and solidarity, and, on behalf of Bündnis 90/Die Grünen, Katrin Göring-Eckardt made further demands on climate protection.

It may, therefore, be more important than ever for the German presidency to promote cooperation between member states in the next six months to tackle the crisis caused by the pandemic and to create a strong and competitive Europe in the long term. The development of comprehensive European solutions to migration and the creation of a stable investment environment for the recovery of the Union’s economy take top priority. Germany also calls for stronger action to promote democracy, human rights, and the rule of law and to achieve a climate-neutral Union.