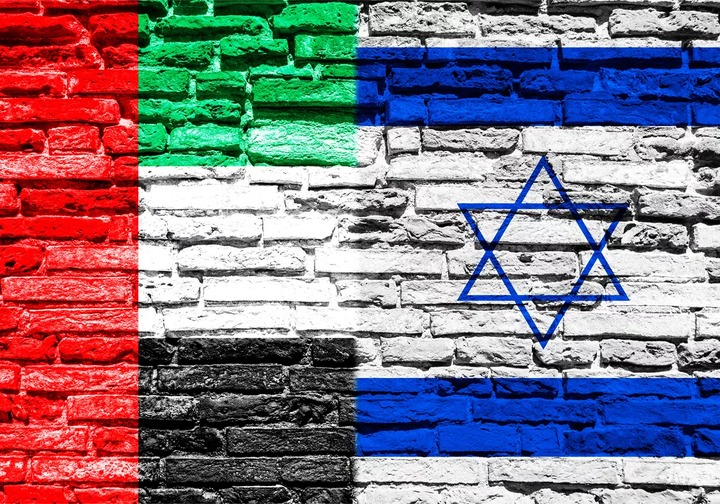 Who Benefits from the Israeli–Emirati Normalisation Agreement?

The Emirati and the Israeli leadership surprised the international public by deciding to normalise their relations in the middle of the coronavirus pandemic. The open cooperation, which is not without precedent, opens the door to enhanced regional cooperation, supports US grand strategy, is a serious warning to Iran, and provides a glimpse into the new Middle Eastern order shaping in front of our eyes.

While, globally, the world was focussing on the coronavirus pandemic and, in the Middle East, on the tragic blast in the port of Beirut, on 13 August, it came as a surprise that Israel and the United Arab Emirates announced the “Abraham Accord,” establishing full diplomatic relations. The accord between the two countries, with the US serving as an intermediary, was framed by many experts and journalists as the “third peace treaty between an Arab country and Israel.” Even though it is not a “treaty” but more like an accord of willingness, does not establish “peace” but aims at normalisation, and it is not even the “third” of its kind, because, besides the well-known deals with Egypt and Jordan, Israel also established diplomatic ties with Mauritania in 1999, the present accord can really be seen historic. Apart from these nuances, it is a milestone indeed, for it signals the ongoing Middle Eastern power shift and political trends as they form. In summary, we can state that every country benefits from the deal apart from Iran and Turkey, but it serves very different interests in each case.

The cooperation between Israel and the United Arab Emirates started five decades ago. The two states located on the opposing sides of the Arabian Peninsula followed policies supporting the US alliance system and shared sensitive information with each other. This cooperation is a good example of the so-called “mistress syndrome,” an phrase prevalent in Israeli scientific discourse, meaning that the Arab states accept and provide services from and to Israel, but they do not make the relationship public. Egypt and Jordan are, of course, exceptions, as they signed peace treaties with the Jewish state. Clearly, Israel is not satisfied with this status, and it aims to bolster its international legitimacy through official agreements; however, this has so far not been an obstacle to gradually developing its cooperation with the Emirates. On the contrary, high-profile economic, trade, and cultural relations have been building up alongside the previous secret security cooperation. The two most symbolic examples of this process were allowing the Israeli pavilion planned for the 2020 Dubai World Fair Expo and a visit by then–Culture and Sports Minister of Israel Miri Regev during a 2018 judo championship in Abu Dhabi. This multilayered but semi-official relationship, however, might have proved insufficient for the two parties this year as the current developments suggest. So what changed in the past months and years and what do the parties hope to gain from the accord? The flags of Israel and the UAE, together with the flag of Netanya, flown on Netanya’s “Peace Bridge” over Highway 2 of Israel in August 2020
Source: Wikimedia Commons, author: TaBaZzz, licence: CC BY-SA 4.0

The surprise accord on normalisation is due to an encounter between long-term processes and a short-term window of opportunity, created by the potential annexation of the West Bank by Israel. The most relevant long-term trends are the positive shift in Israel’s and the Emirates’ power stature, the development of Washington’s grand strategy, Iran’s assertiveness, and the regional instability prevalent in the Middle East.

To fully understand the first two items, it is important to consider that, while Israel and the Emirates are getting increasingly more potent as military, economic, and technological powers, they can still guarantee their position and security alongside traditional great powers only by cooperating with similar middle powers. Israel exists in the clutches of Egypt, Turkey, and Iran (though I would not equate these relations, which can be characterised, respectively, as a cold and a colder peace, and a proxy war, respectively), and the Emirates has to operate between Iran and Saudi Arabia and the indirect Turkish regional ambitions in order to secure its freedom of manoeuvre and survival.

The third element, the grand strategy followed by Washington, strengthened this process as the country gradually withdrew some of its forces from the region and pushed its partners into a position where they need to fill the power vacuum themselves against Iran with only Washington’s ancillary support. Iran wages a war for regional power together with its allies from Lebanon through Syria and Iraq, and, to the south, in Yemen, in which every Sunni Arab state has the interest to make sure that Israel’s national security services and, potentially, its military strike capabilities are on their side in an eventual confrontation. This is also true vice versa: the Jewish state, which lived in regional isolation for decades, can very well appreciate if it can be surrounded by friendly states. Finally, it must be noted that the Middle Eastern order (or the lack thereof), which is a product of the gradual erosion of the conditions existing at the closing of the Cold War, forces many actors to give up the status quo and to surpass it. All of the Gulf countries cooperate with Israel, and none of them has a reason to not sign a similar normalisation agreement with it. The only factor blocking the alignment is the unsolved Israeli–Palestinian conflict. Yet the recent evolution of this conflict proved to be the drive for the Emiratis to boldly act.

President Donald Trump’s most important promise was striking the “Deal of the Century,” the peace treaty between the Israelis and Palestinians. This intention manifested itself in the Peace to Prosperity peace plan rolled out in January, whose realisation is part of the current Israeli coalition government’s programme, albeit in a unilateral move, as all Palestinian sides rejected it in every aspect. The unilateral realisation was due on 1 July 2020; it would have started with the annexation of the one-third of the West Bank, drawing great international condemnation. The Emirati rationale for the accord is that they could, with a masterstroke, stop the annexation of the territories intended for the Palestinian state by keeping Israel on the path of peace. Israeli prime minister Netanyahu, on the other hand, states that the annexation was only delayed, not completely off the table—however, both sides can portray the deal as a great success. The Emirates stopped the Israeli annexation (which no one else could do), proving that they are among the most influential actors in world politics and providing Washington a huge diplomatic boon. The Trump administration would have faced very unfavourable last months before the election due in November if it had been forced to defend the Israeli annexation in the UN Security Council, while, now, it can present itself as the architect of the renewed peace efforts in the Middle East. The Emirates will most probably get its fair prize for its successful move, mainly as buying options for advanced US weapons systems. Also, Abu Dhabi manoeuvred successfully if not counter but parallel to Riyadh, which has earned unfavourable reputation in western capitals. Moreover, it can expect future support from pro-Israel opinion leaders and groups in Washington and also provided a huge service to Joe Biden, as, if it had not been for the Emirati move, after an electoral victory, he would have been compelled to start his presidential term with reigning in the Jewish state, which would have been an unpopular act in the eyes of many American voters. The view of Abu Dhabi city in the United Arab Emirates at sunset
Source: Marianna Ianovska/Shutterstock

For Israel, the path was smoothed to normalise its relations with even more Arab states and take their cooperation public and develop them. This fits perfectly into the “Netanyahu Peace Doctrine,” which aims at achieving full peace and cooperation between the Jewish state and the whole of the Arab world not through the “inside-out” logic starting with the Palestinians enforced by the international community but following an “outside-in” strategy that would gradually start with more distant Arab states and negotiate with the Palestinians from a position of strength later. Currently, Israeli experts debate and discuss which Arab country can be the next one in this process after the United Arab Emirates’ recent ice-breaking. The first four potential candidates are Bahrein, Oman, Morocco, and Sudan, all of which having significant signs pointing towards eventual normalisation and even peace in the case of the latter two. The long-term goal is to strike a deal with Saudi Arabia, as this huge and influential state is the true key to Israel’s breaking out from isolation.

Therefore, in the next weeks and months, we must keep an eye on three important aspects: First, will the normalisation with the Emirates end smoothly, proving that the Netanyahu strategy for regional peace is sustainable and expandable? Second, which countries will follow the Emiratis’ example? Third, will the Israeli political actors, the now “peacemaker” Netanyahu and his adversaries, manage to keep their country out of yet another premature election that would come in the wake of their internal struggles?

Aside from the above questions, it is important to stop for a moment and appreciate that, in the current troubled international situation, there is at least one positive development in the south-eastern neighbourhood of Europe. Even though the EU and Hungary are not directly parties to the process of normalisation, it is a much-welcomed development and worth being supported, as it benefits our short- and long-term foreign and security policy interests.