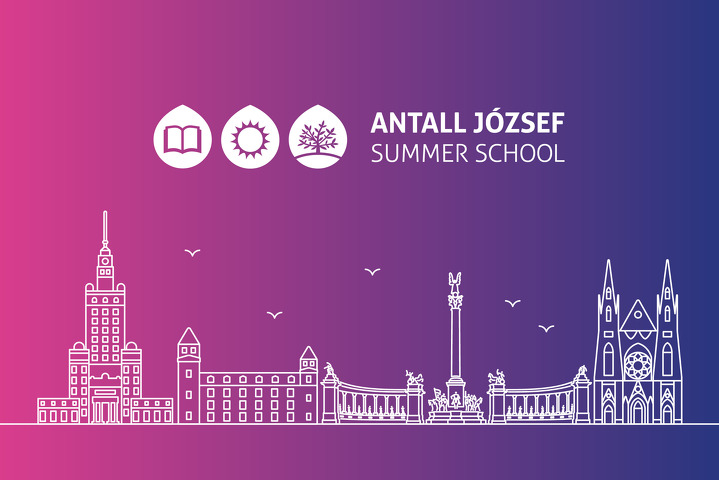 The ninth instalment of the Antall József Summer School was held in an online format between 21-24 June 2021. Approximately 50 students participated in the online programme mainly from the Visegrad Countries and the Western Balkans but there were participants joining the event also from Italy, Germany and Turkey amongst others. The online summer school featured several Hungarian and international experts and researchers, who held lectures and workshops or participated in panel discussions. The programme was realised with the contribution of the Konrad-Adenauer-Stiftung in Hungary and in partnership with the Civikos Platform, the Slovak Foreign Policy Association and the Prague-based Centre of European Studies.

The Antall József Summer School 2021 celebrated the 30th anniversary of the Visegrad Cooperation and focussed on the Visegrad Four and the Western Balkans. The programme put a special emphasis on the Euro-Atlantic integration of the Western Balkan countries in parallel with the V4’s history of accession to the European Union and NATO. The event also aimed to highlight the experiences and good practices in the V4 that can serve as an example for the Western Balkans. In addition to this, panel discussions also dealt with questions related to the influence of the pandemic on the EU and to the issue of vaccination. The programme featured more than 40 speakers and moderators, sharing their valuable insights and boosting critical thinking. Thanks to the special conference platform designed exclusively for the online summer school participants were able to submit their questions and comments related to the discussions and interact with speakers.

The first day of the Antall József Summer School 2021 started with welcoming remarks delivered by Michael Winzer Resident Representative of the Konrad-Adenauer-Stiftung in Hungary, after which Krisztina Varju Ministerial Commissioner of the Hungarian V4 Presidency officially opened the programme. After the opening speeches, the first panel discussion was moderated by Peter Dobrowiecki Head of Research at the Antall József Knowledge Centre with the participation of Bodan Góralczyk Senior Fellow of the Casimir Pulaski Foundation and Frank Spengler Advisor at the Mathias Corvinus Collegium.

In addition to attending exciting lectures, panel discussions and wokshops, participants were also able to develop their knowledge on Central Europe and the Western Balkans and compete with each other by doing quizzes, completing surveys and going on an online city tour in Budapest.