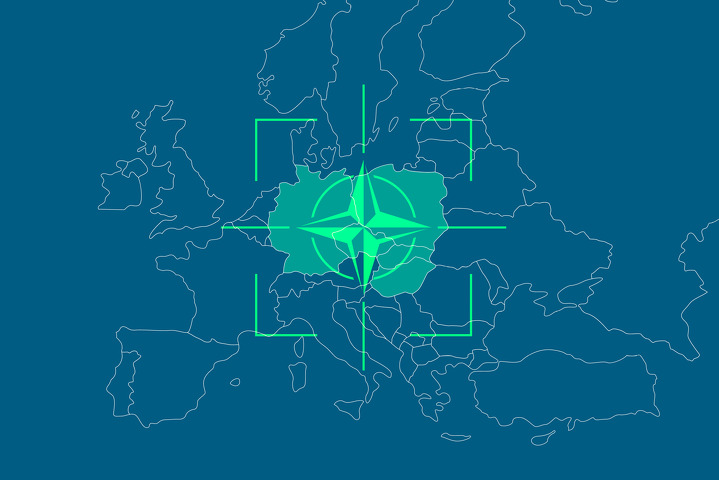 The Antall József Knowledge Centre organised the conference titled Foreign and Security Policy Conference Budapest 2021: Central Europe’s Emerging Role in the Transatlantic Security Cooperation on 23 November 2021. The main objective of the event was to explore the path forward for NATO, based on the agenda 2030 strategic document, with a particular emphasis on the role Central European countries play in achieving a more cohesive, secure and effective transatlantic alliance.  The event was realised in partnership with the the Konrad Adenauer Stiftung and the University of Public Service and the support of the Prime Minister’s Office of Hungary, the Bethlen Gábor Foundation and the NATO Public Diplomacy Division.

Dr. Petr Lunak Deputy Head, Engagements Section, NATO Public Diplomacy Division described the originals of the 2030 program initiated by the French President Emmanuel Macron, that the organization needs to enhance the political cohesion and update its strategic vision because of the changing external security landscape. In the history of the organization there were earlier strategic renewals in the 1950’ and 1960’ as well. The goal is to achieve strong political and strong military cohesion and also a more global outlook being as comprehensive as possible. The NATO 2030 report were drafted involving the best researchers and expert leaders, and top scientific centres from allied countries, ensuring transparency and relevance.

Dr. Tomasz Smura, Director of Research Office at the Casimir Pulaski Foundation, explained that the return of great power competition to international politics and the increasingly aggressive Russian Federation, as well as the threat posed by terrorism poses a number of challenges. According to Warsaw, the organization should prioritise collective defence and a strong European focus even as the United States is gradually shifting its attention on the Indo-Pacific region, potentially dangerously dividing NATO’s capabilities. According to Dr. Smura, Warsaw has one of the greatest contributions to the protection of Europe’s Eastern flank, including the fact that the missile defence system, which is the backbone of the organization's defence in the eastern flank, operates in Poland. Moreover, they participated in many foreign missions from Afghanistan to the Mediterranean lead by NATO.

Dr. Tamás Csiki Varga, Researcher, Institute for Strategic and Defense Studies, University of Public Service explained that high risk non-state actors, hybrid warfare and non-military threats currently pose several challenges. He also shed light on the importance of the public support for defence issues. Without that the organization cannot undertake and maintain the necessary political actions to maintain NATO competitive edge, and prepare for the technological challenges of the 2030’s. Hungary applies the 360-degree approach in its defence striking a delicate balance between the different challenges from the eastern and the southern flank. Defence spending in Hungary substantially increased between 2014 and 2020. The Hungarian security and defence policy correlates with the changes of the broader vision of the organization. The current V4 presidency refines the working mechanisms becoming more unified in the defence aspect in the Visegrad countries. There are successes besides challenges as approximately 10-13 countries will fulfill the 2 % spending minimum in 2021.