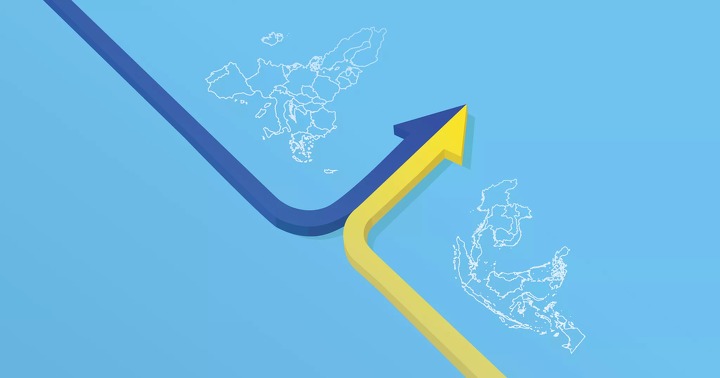 Foreign- and Security Policy First-hand: First Year of the EU–ASEAN Strategic Partnership—Are we seeing a breakthrough?

On 25 November 2021, as a part of Antall József Knowledge Centre’s Foreign and Security Policy First-hand programme series, our institute organised an online discussion. entitled First Year of the EU–ASEAN Strategic Partnership—Are we seeing a breakthrough?. The invited speaker of the discussion was , Dr Rahul Mishra, Senior Lecturer of the Asia–Europe Institute at the University of Malaya, who drew a comprehensive picture of the development of the relations between the European Union and the Association of Southeast Asian Nations (ASEAN) so far and of their possible future prospects. The role of the moderator was fulfilled by Zsófia Gulyás, Research Fellow at the Research Office of the AJKC.

At the beginning of the webinar, Dr Mishra put the topic in context and presented the historical background. After highlighting the milestones of more than forty years since the beginning of official EU–ASEAN contacts, the professor emphasised the positive benefits of the strategic partnership established last December. He also pointed out the major obstacles and difficulties that lay on the way to the new level of relations. According to Dr Mishra, the Central and Eastern European region, including Hungary, should play a key role in the further development of the partnership, but this requires targeted efforts on both sides. Finally, perhaps the most important international political issue of the present time was discussed: the professor analysed the possible changes in the attitude of the South East Asian organisation towards the rivalry of the superpowers, USA and China, triggered by the improvement of EU–ASEAN relations to a strategic level.