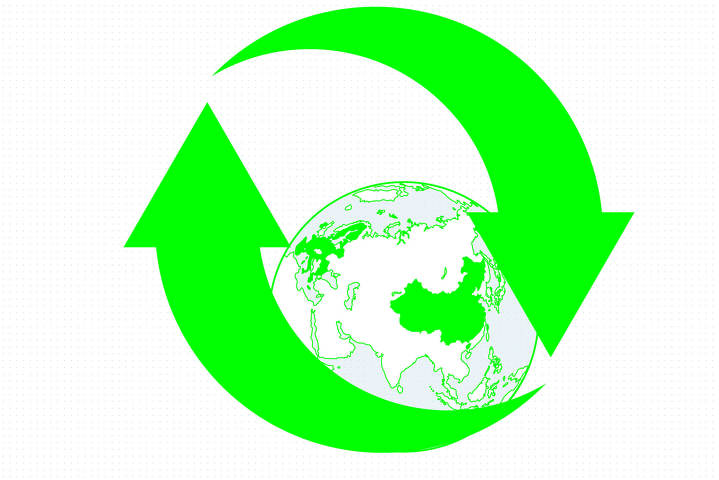 The Antall József Knowledge Centre (AJKC) co-organised the conference titled “Green Development Action and Policy: European and Chinese Perspectives” on 26 October 2021 together with China—CEE Institute. The main objective of the event, which included two panel discussions held online, was to explore China’s and the European Union’s green innovation priorities and ambitions with the help of invited Chinese and Hungarian experts. Presentations at the conference highlighted the role of sustainable development and green solutions in international competitiveness and their influence on shaping international relations.

After the brief opening remarks, the first panel of the seminar was opened by Zhang Haibin, Professor at Peking University, with his speech titled “Understanding the Evolution of China’s Role in Its Participation of Last 30 Years’ International Climate Negotiations.” The next speaker was Zsolt Csepregi, Director of AJKC, who spoke about the role of the European Union’s smart city development programmes in green transition. Jiang Kejun, Senior Researcher at the National Development and Reform Commission, then, shared his views on greening the transition in light of the Paris Agreement goals. The final speaker of the panel was Cecília Varsányi, Senior Researcher at AJKC, whose presentation was entitled “The Impact of EU’s Energy and Climate Policy on the V4 Region: Winners or Losers?”

The first lecture of the second panel was given by Zhang Youngsheng, Senior Researcher at the China—CEE Institute, and his presentation focussed on Chinese green transition and carbon neutrality. Following this, András Huszár, Director of the Green Policy Center, also spoke on the topic of carbon neutrality in his presentation titled “Reality Beyond Promises—The Long and Hard Process of Implementing the Carbon Neutrality Target.” Zhang Jianyu, Senior Researcher at the BRI Green Development Institute, spoke about the developments and future of China’s emissions trading system, and, finally, Li Kexin, CEO of Bank of China Limited Hungarian Branch, gave a short speech titled “Overview of Green Finance Development in China.” In his closing speech, Zsolt Csepregi summarised what had been said during the three-hour seminar and highlighted the main ideas.