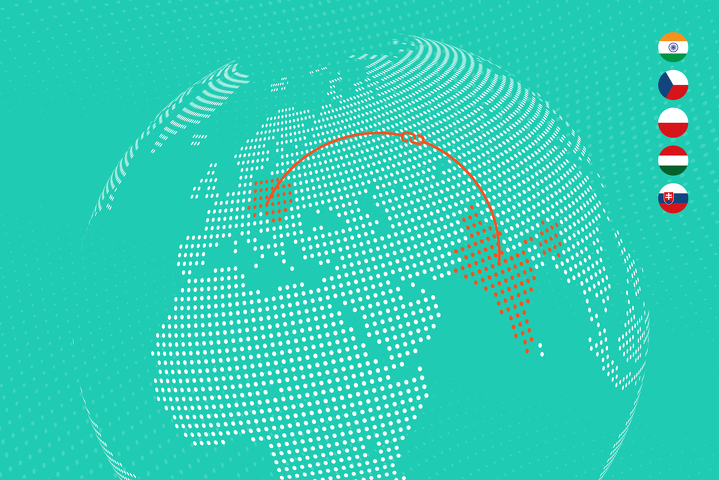 Relations Between India and the Visegrad Group: Challenges and Opportunities

On 29 April 2021, the Antall József Knowledge Centre organised a panel discussion, entitled Relations Between India and the Visegrad Group: Challenges and Opportunities. Speakers of the event included Professor Gulshan Sachdeva, PhD, Chairperson of Centre for European Studies at Jawaharlal Nehru University, and Patryk Kugiel, Senior Analyst of the Asia-Pacific Program at The Polish Institute of International Affairs, while the role of the moderator was fulfilled by Norbert Miklós, International Relations Manager at the Antall József Knowledge Centre.

The purpose behind organising this panel discussion was to shed light on the different dimensions of the relations between India and the Visegrad Group (V4), which has so far been a somewhat under-researched topic in international relations. By organising this event, the Antall József Knowledge aimed to turn its analytic focus on the possibilities and challenges of an enhanced Indian-V4 cooperation, and, thus, the panel discussion hoped to spark a livelier discussion on the international level about the prospects that the Indian-V4 group’s relationships could entail in the present and in the future.

Among other topics, the main points of discussion included the history of the V4 countries’ relations with India up to the present date. Higher-level bilateral and multilateral agreements were also mentioned during the discussion, where the invited speakers answered questions about the ways in which a multi-layered cooperation can be established with greater depths and more content. Economic relations were also an important topic of the discussion, which were examined from both the Indian and the V4 countries’ perspectives, along with their respective prospects and challenges. At the end of the event, the invited speakers were both asked about their policy recommendations for further strengthening the relations, where they both hit a very positive note about the future of a possibly enhanced and deepened cooperation between India and the V4 countries.