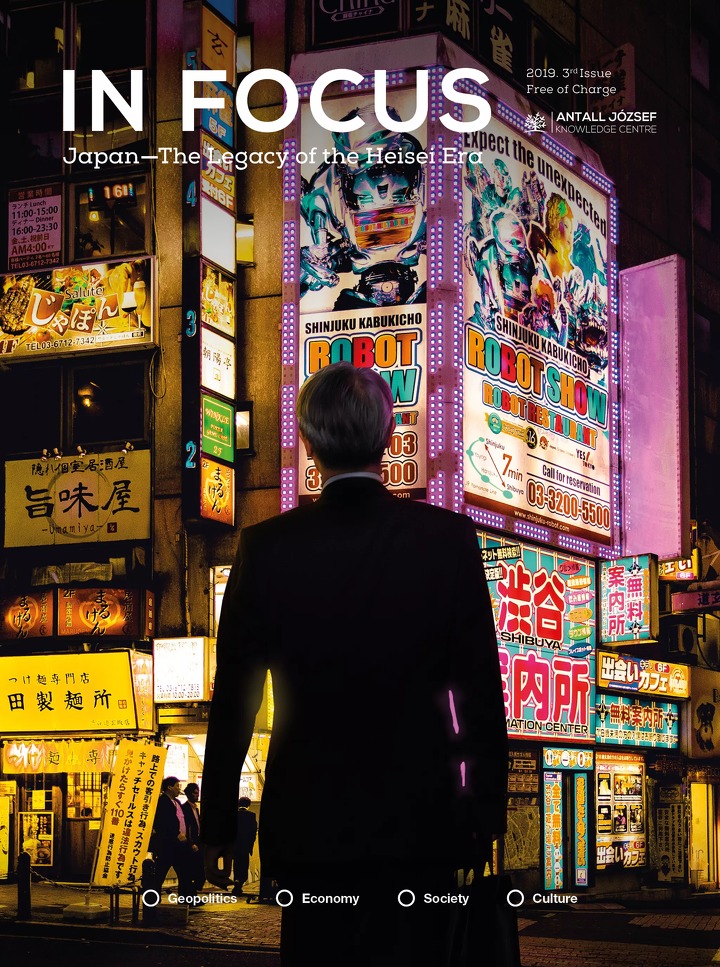 The current issue of In Focus aims to provide a comprehensive account of Japan's contemporary political, economic, social, and cultural life, with a special focus on the symbolic difference between Emperor Akihito, who resigned in April, and Emperor Naruhito, who ascended the throne in May. The publication will examine Japan in
the Heisei Era, while presenting the country's current security policy challenges and the characteristics of its international relations.

The death of Emperor Hirohito in 1988 opened a climactic era for Japan—although it was not a culmination of the continuous development of the post-war era, as many would have thought. It introduced many systemic issues and challenges to the country, however, that would redefine it to a nation never seen before.

The rampaging political vacuum of the 1990s has greatly contributed to the country's sinking into recession and then into the lingering stagnation of the Lost Decade, while the ticking demographic bomb and regional tensions also weighed heavily on the country. But which neighbours are having second thoughts about Japan and why? What is the Emperor's role in the 21st century? What are the cultural traditions that survived the storm of globalisation? This issue tries to provide an answer to these and many other questions.