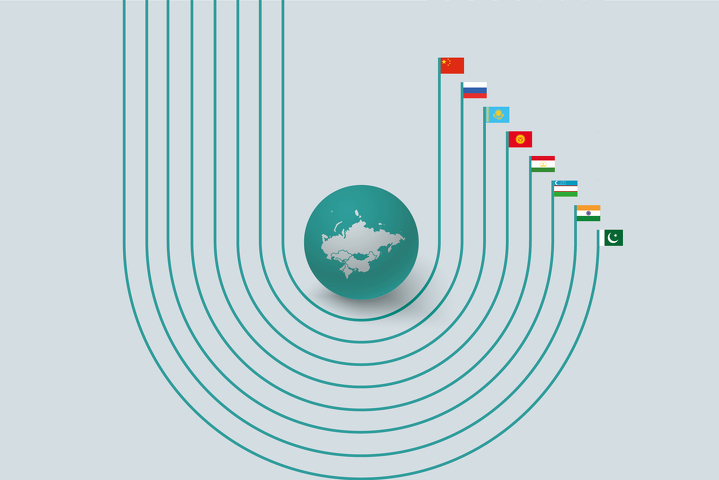 On the Eve of a Eurasian Block? – The Shanghai Cooperation Organisation Turns Twenty

On 15 June 2021, as a part of the Antall József Knowledge Centre’s (AJKC) “Foreign and Security Policy First Hand” programme series, an online discussion entitled “On the Eve of a Eurasian Block? – The Shanghai Cooperation Organisation Turns Twenty” was organised. The invited speakers of the discussion were international relations experts, Dr László Csicsmann, Dr Viktor Eszterhai and Anton Bendarzsevszkij, who gave the audience an insight into the history of the Shanghai Cooperation Organisation (SCO), its current priorities and challenges, as well as its future prospects. The role of the moderator was fulfilled by Dr Lukács Krajcsír, International Relations Manager at the Global Relations Department of the AJKC.

At the beginning of the discussion, the speakers gave an overview on the historical background of the formation of the SCO. In doing so, our guests analysed the border disputes, some of which have lasted for centuries and are now moving towards normalisation; the Islamic extremism that has been rampant in the region since the 1990s; and the Western and Turkish influence that began to emerge at the end of the 20th century. A milestone on the road to the establishment of the SCO was the Almaty meeting in 1998, where, in addition to the security factor, the economic aspect was finally included as one of the priorities of the Shanghai Five. Established in 2001, this new regional platform respected the sovereignty of its member states from the very beginning. Although twenty years of cooperation have not yet led to a full consolidation of the formerly very unfavourable relations between China and Russia, external pressure has pushed relations between the SCO’s two major powers in a positive direction. The viability of the organisation is represented by the growing number of countries with observer status, as well as dialogue partners, and the recent membership expansion in 2017. Examples of cooperation among member states include the Regional Anti-Terrorist Structure, established in 2002, and the increasing use of joint military exercises to enhance military cooperation. However, due to diverging interests within the organisation, no major results have been achieved so far in the areas of economy and energy, apart from low-level cooperation. For the time being, our invited experts see little chance of resolving the current challenges and potential conflicts in the fields of security policy, economy, and other disagreements between the member states and are generally sceptical about the “Shanghai Spirit.”