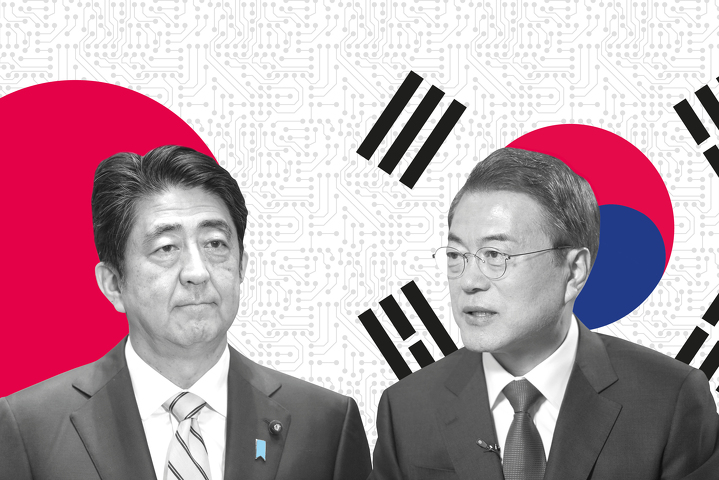 The Trade Dispute Between Japan and Korea

On Tuesday, 3 December, 2019, the final event of this year's Foreign and Security Policy First Hand lecture series, organized by the Antall József Knowledge Centre, focused on the recent trade tensions between Japan and the Republic of Korea (ROK). Participants in the roundtable discussed the economic, political and geopolitical aspects of this issue. In the first half of the discussion, the speakers debated the causes and effects of the Japanese government's decision to change its export control regulations towards the Republic of Korea, which is the source of the tension. The decision to remove the Republic of Korea from the Japanese trade "white list", which provides a simplified export procedure for the 26 countries on the list, was officially explained by a fear of national security risk in the case of three chemical materials used in the manufacturing process of semiconductors. The two experts agreed that the background to the decision was a much more complex historical issue, which has largely shaped bilateral relations over the last 20 years, but has not expanded to such extent to trade relations. Dr Neszmélyi argued, that Korea's announcement to withdraw from the trilateral military intelligence agreement could have been a bluff, but ultimately, it will not damage the ROK's reputation in the long run and it is unlikely that the country will actually exit in the future. In his view, the United States will not help to mediate between Japan and South Korea, but will defend the triple military alliance with all its might. According to Judit Hidasi, relations between the two countries are unlikely to improve in the foreseeable future, and a third party will be needed to facilitate this.